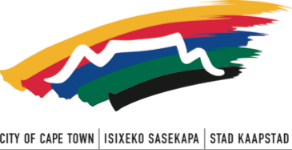 On 17 June 2009, in Government Gazette No. 32311, the Department of Justice and Constitutional Development gave notice of its intention to introduce the Constitution Seventeenth Amendment Bill of 2009, in the National Assembly. According to the memorandum attached to the Bill, this proposed amendment to the Constitution “seeks to vest the national government with new powers of intervention in local government when it is necessary to achieve regional efficiencies and economies of scale in respect of municipal functions.” The memorandum also states that the Bill “is designed to facilitate not only EDI restructuring, but also the regionalisation of other municipal functions, when necessary.”

As part of this national legislating process, all stakeholders have been invited to submit formal comment. This week the City of Cape Town delivers its submission, in which we place on record our strong objection to the Bill (the full document is appended below).

This legislation risks creating a whole series of unintended consequences, including:
negative impacting on local government service delivery
undermining the delicate Constitutional arrangement and balance of powers between National, Provincial and Local government
eroding the power of voters to influence service delivery at community level

In essence, the Bill is a bid to centralise control of state resources under national government, using the pretence of efficiency and ‘economies of scale’. It seeks to cherry pick local government functions and put them under the control of more parastatals (i.e. the REDS, under EDI Holdings). Yet, a quick glance at national government institutions proves this assumption is wrong. A whole range of parastatals controlled by National Government are in financial distress: including the SABC, SAA, Denel, Robben Island Museum, and the N2 Gateway Project developer Thubelisha Homes. Service provision also collapsed at Eskom, resulting in rolling blackouts over the past few years. Our trains, under Metrorail, are in a parlous state. The list goes on. And, creating new parastatals like EDI Holdings means building new bureaucracies, with highly paid CEOs and Directors, and new offices and administrations, with all of the associated costs.

Where local governments are failing to fulfil any other functions, centralisation of these functions to national departments is also not the answer. National Departments have not proven themselves to be exceptionally efficient. The dismal levels of service at Home Affairs, the failure of land reform under the Land Affairs Department, and the parlous state of prison management under Correctional Services are just three examples.

We therefore do not believe the stated aim of this Bill is achievable.

The City of Cape Town’s submission emphasises that this move will also come at a substantial cost to our democracy and service delivery:
Firstly, it directly undermines the current autonomy of local government by giving National Government too much scope to intervene in local government. Taking away electricity distribution, for example, will remove an important income stream from municipalities that is often used to cross-subsidise other services like water. The Bill also has a provision that would empower national government to unilaterally transfer a municipality’s assets. And there is a provision which could allow a national law to interfere with a municipality’s control over its revenue and expenditure. This will undermine municipalities’ ability to implement their mandate from the voters. The bill will also open up room for endless political abuse and court battles as local governments contest national interventions they disagree with. This is particularly the case around unclear clauses that enable Parliament to pass national legislation to “further regulate the executive authority of municipalities in respect of local government matters” listed in Schedule 4B and 5B of the Constitution. We have already seen in recent years how the ANC provincial government in the Western Cape attempted to abuse its oversight role to undermine a non-ANC government in the City of Cape Town. This bill will open the door to more of this kind of abuse.

Thirdly, the proposed Amendment Bill will undermine government accountability, taking government further away from the people. Currently voters can choose their local government based on the quality of services provided at local level, and can vote out a government if it does not deliver. Even the Auditor General recently found that where local governments were more hotly contested, service delivery is generally better (see Business Report, 15 July 2009) Taking away key municipal functions will deprive voters of their decision-making power over basic services.

It is for the above- mentioned reasons that the City of Cape Town does not support the Amendment Bill.