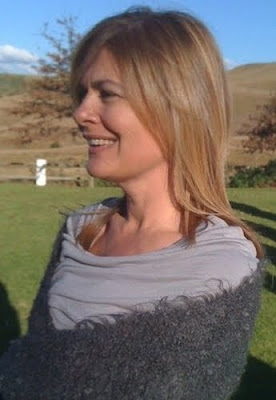 It’s with great pleasure that I stand before you this evening as one of your newly elected councillors. For those that had a direct influence on my getting elected, I would like to thank you for the support. I am the Ward Councillor for Ward 54 which runs from Green Point/Mouille Point stretching all the way to the northern part of Camps Bay. In other words, I am responsible for the area that is commonly known as the Atlantic Seaboard.

I have spent the past three months getting to grips with all aspects the ward, and have inherited five ratepayers associations, all of which bring their own issues to the table and to which I am held to account. Some of these are specific to their area but most run as a common thread throughout the ward. I also regularly attend the various Community Police Forums and have good working relationships with both community watch and the various law enforcement departments throughout the Atlantic Seaboard.

The issue of the homeless living on the streets and in public open spaces along the Atlantic Seaboard is something that I have decided to really focus on. While this problem has been a long standing one, there is been a noticeable increase all along the urban fringes but particularly around the city and tourist areas.

The problem has largely been pushed onto law enforcement to sort out. However while there is a law enforcement component, the problem is most definitely a social one and one that very often is contributed by residents and tourists who are in the area.

I spent time with Law enforcement officers going into the field to see for myself what we were dealing with and exactly what the effect of the homeless has had on our many open spaces as you will see from the presentation. The effects of people living in our public open spaces have also been of great concern. I would say that we have an environmental crisis’s in places such as the lookout point in Clifton towards Bantry Bay; the area between Kloof Rd and Victoria Drive and parts of the Glen and National park area.

Without managing the social aspect of the problem, the street people will not go away. So how do we do this?

Or first step therefore, is to employ a social or outreach worker for the Camps Bay/Clifton area. Fieldworkers are information gatherers & first line resource to a “street person”. They work alongside them, building up cases on the individuals involved which requires the careful and dedicated information building, noting all arrests and offences; finding out about how the person came to be on the street and then assisting them according to their individual’s needs.
The field worker works closely with law enforcement, your CPF and community watch. He or she works a combination of day and night shifts and is on call to assist wherever possible.
Once that person is in place, we then can begin a managed plan which will see a steady decline in the homeless situation over a 36 month period.

Integrated with this plan, needs to be a very thorough clean-up of our spaces and then using law enforcement have a zero tolerance approach when all systems are in place.

So how can you the resident assist to make this happen.

Finally I will be running a monthly open session called, “Meet your Councillor” at the Sea Point library for anyone who would like to see me. The first session will happen on 26th August from 10h30 till 12h30. I am always available by phone or email and will with Cllr Haywood assist wherever possible to ensure you continue to live in one of our jewels of the city.