Bo-Kaap Interdicted For Protesting For Their Community 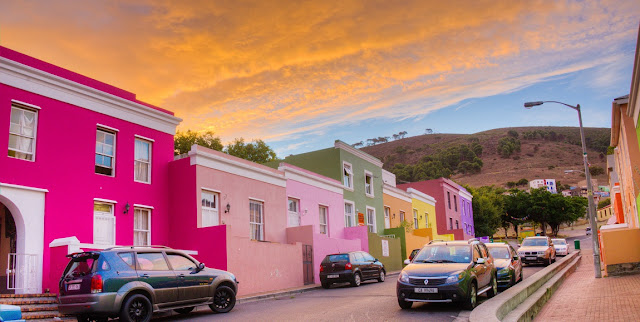 
The Bo-Kaap community was interdicted by one of the developers who are seeking to gentrify the community. On July 4, the Blok Urban Living company filed an interdict against various Bo-Kaap community associations as well as the City of Cape Town. The interdict was regarding alleged trespassing by Bo-Kaap residents over a development in the area. The Daily Vox team rounds up.
On Friday, the Western Cape High Court granted the development company the interdict against all other persons trespassing, unlawfully conducting themselves or attempting to trespass or unlawfully conduct themselves.
Osman Shabodien from the Bo-Kaap Civic Association told The Daily Vox in an interview that: The interdict was given last Wednesday and the community moving forward is basically we went to court where the interim interdict was granted. The rest must be contested by the 15 or 17th of August.
The judge ordered that a meeting must take place between the Blok Company, Bo-Kaap representative Sheik Dawood Terblanche and the South African Human Rights Commission within the next 10 days.
On Monday, July 9 the community held a meeting to discuss the interdict and the way forward.
Shabodien said: â€œWhat we basically decided last night at the meeting was the question of us looking at a way forward by telling ourselves listen we canâ€™t be sitting in this position purely because the courtâ€™s order makes it obligatory for us to do certain things. Like from the interdict we got two reps from the community that now have to liaise with the builders and developers in order to make our day-to-day lives easier. Like the noise. The whole question of jamming up our roads, of heavy vehicles. So itâ€™s quite a disturbance in our community so that's the one thing the two reps must do. They are ordered by court to do that. But we are saying going forward is we must be able to match them legally. Like taking to court and saying listen this is now enough.â€
With regards to the meeting with the company and the SAHRC, Shabodien said: â€œWell I think last nightâ€™s meeting settled. The court has given ten working days so between that and last nightâ€™s meeting we laid the basis of how it should happen. The community is very suspicious with the whole idea of talking openly to developers because they might take it as an acceptance of them being around. Our talking to developers has got nothing to with accepting them being around. We still donâ€™t want them around.â€
The Bo-Kaap community have been protesting for the past few months over the gentrification and development of their community by the City of Cape Town and private developers.