Proposal to rename Camps Bay road after Theatre on the Bay 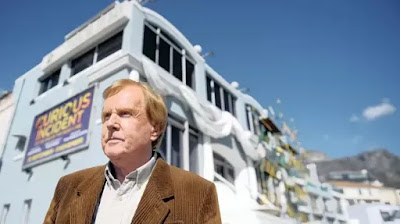 PRODUCER and theatre manager Pieter Toerien stands in front of the Theatre on the Bay in Camps Bay, as it undergoes renovations. Picture: Armand Hough/African News Agency (ANA)

Cape Town - Producer Pieter Toerien has plans to change the name of one of the city’s upmarket streets.

The city council’s naming and nomination committee will today consider a request to rename Link Road in Camps Bay to Theatre Lane, the road in which the Theatre on the Bay is situated.

Toerien said: “With renovations of Theatre On The Bay under way it would be the perfect time to make a request to rename Link Road to Theatre Lane and so inject a new vibrancy and interest in our area.”

Toerien said the name Link Road lacks the potential to reflect the pride and vibrancy of the road.

“I feel that renaming the road would include our valuable neighbours in such vibrancy.
“What has been lacking is the personality of the location; I would like to bolster the personality of our beautiful street and in doing so raise the profile of our neighbourhood,” he said.

Toerien believes personality is what drives tourists to return every year.
“I remain committed to the betterment of Camps Bay in every way possible, not only as a business owner, but also as a long-standing resident with an unflagging passion for our beautiful spot in the sun,” he said.

A document undersigned by mayoral committee member for urban development and transport Brett Herron, said the committee considered the renaming proposal and would recommend to mayor Patricia de Lille and the Mayco to authorise public participation should the proposal be supported.

The only technical requirement on this proposal is to change the signage to reflect the new road name.