Looking to protect part of Camps Bay heritage, helping the Camps Bay Primary School and coming to the aid of a beleaguered neighbour were discussed at the October meeting of CBRRA’s management committee.

The seven historic stone cottages at the intersection of Camps Bay Drive and Geneva Drive are for sale by auction shortly. Originally built for the drivers of the trams that ran between Camps Bay and Cape Town in the first three decades of the last century, these are a very important part of Camps Bay’s historical and architectural heritage and it is imperative that they do not get demolished. CBRRA is embarking on a campaign to inform the present owner, relevant authorities, estate agents and the auctioneers, etc that there will be strong opposition to any demolition by any owner in the future.

The lease for the sports field of Camps Bay Primary School must be renewed. This land is under the control of the Dept of Public Works, which is resisting giving the school a lease for as long as 15 years. Anything less would leave the school in a difficult position and unable to justify further improvements and maintenance costs. CBRRA is lending its support and advice to the School.

Individuals often appeal to CBRRA for assistance, when the weight of the Association’s membership and status can exert far more pressure than a lone individual. Developers working at the rear of 11 Berkeley Road have left a very large unsightly boundary wall. CBRRA is pressing Council to force the Developer to plaster and paint the wall and make good the damaged garden landscaping and telephone installation..

Just part of the CBRRA service.

Also up for discussion:
• The Delimitation Board has proposed changes to existing ward boundaries which will split Camps Bay into two separate constituencies – part linked to Sea Point, the rest to be considered as part of the Hout Bay ward, as was done some years ago and then changed. This is strongly opposed by the CBRRA committee which wants to ascertain the views of the community. It hopes to have both relevant Councillors present to lend substance to the discussion.
• The United Church is considering alterations and additions to its premises and will give a brief illustrated presentation of what it proposes for information to and feedback from residents. 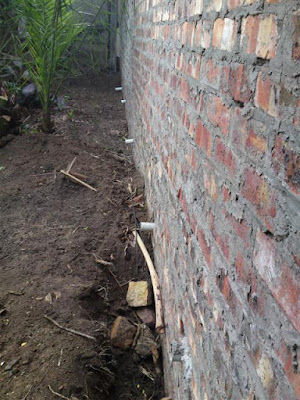