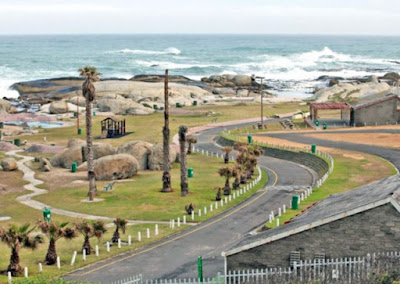 Just two weeks after the City of Cape Town announced its withdrawal to oppose the Maiden’s Cove review application brought by a number of residents in the High Court, the developer has now followed suit and thrown in the towel on the matter.
The application was filed by the Bungalow Owners’ Association (BOA) and others asking the court to review and set aside the City’s decision to sell and lease the City-owned land between the Clifton bungalows and Camps Bay.
The decision by the City was welcomed by the applicants and local ratepayers who were supporting the applicants.
The developer, a private company called K2015298271 South Africa (Pty) Ltd has now told the applicants that they would no longer oppose the application.
The chairperson of the Camps Bay and Clifton Residents’ Association (CBCRRA), Chris Willemse, said this was good news that the legal matter surrounding the “ill-conceived” action by the City appears to be heading for the only logical conclusion possible – the abandonment of the project.
“However, it is now critical to unpack the City’s actions that led to this mess and there needs to be transparency and accountability. Further, the wasted expenditure on this project must be quantified and those who authorised it must be held responsible, preferably personally,” he said.
Mr Willemse said various ratepayer organisations, civic groups and citizens have been clearly spelling out the problem with the proposal for years now.
“The CBCRRA – and indeed all of Cape Town — owe a debt of gratitude to the Clifton Bungalow Owners and the Maiden’s Cove for All, who relentlessly pursued this matter and were prepared to take the matter to the High Court, especially against an administration which has a deplorable record of using ratepayers’ money to fight against its own citizens,” said Mr Willemse.
A member of Maiden’s Cove for All (MCA)* , Janey Ball, said the effect was that they would go to court unopposed and have to settle costs.
She said they want a seat on the table on the new plan for the site.
Ms Ball said the proposed development would not be happening and the on the day of the hearing, the judge will issue an order of who pays what costs.
BOA’s Richard Summers said this was an equally significant development as the matter will effectively be argued in court on an unopposed basis. This means that the court will have regard for the BOA’s submissions when deciding whether or not to overturn the City’s decisions to sell off / lease the sensitive heritage area of Maiden’s Cove.
“Litigation is always uncertain but given the fact that the City had already effectively conceded that their process was flawed, it would have been extremely difficult for the developer to defend a decision which the City itself was unable or reluctant to defend,” he said.
The matter will now be set down for hearing at the High Court on Friday November 16 when the court will decide whether to grant the relief sought by the BOA, including overturning the entire tender process relating to the Maiden’s Cove site.