Now they believe the owner should be held liable. The owner has declined to comment.

Last week the Cape Argus reported on the damage caused by water to properties in Bakoven and Camps Bay.

Chris Willemse, chairman of the Camps Bay Ratepayers and Residents Association, said the area had been inspected because the systems in place should have been able to deal with the volume of water caused by heavy rains.

“Our inspection revealed that the river had been dammed, allegedly by the owner of the Ocean View Guest House (erf 1340), with a wall about three metres high. This block and stone wall, with a few 110mm diameter relief pipes, was built in the river corridor on erf 1341 Camps Bay, which is zoned as city-owned public open space,” said Willemse.

“The dam wall failed in the storm and it can only be assumed that a wall of water swept down on to the culvert, well beyond its design parameters.”

Willemse said no building plans existed for any construction on the council-owned erf. He said the wall contravened the National Environmental Management Act regulations for construction and excavation within 32m of a watercourse and within 100m of the high-water mark of the sea.

He also believed that construction of the dam and other illegal work to create visual water features contravened the local zoning scheme regulations, the National Building regulations and Building Standards Act.

Willemse said the association was prepared to lay charges against the guesthouse owner if necessary.

“Citizens of Cape Town are paying for a massive operation to repair the damage and if it can be attributed to the owner of this property, the owner must be held responsible.”

Belinda Walker, mayoral committee member for community services and special projects, said the city was aware of the matter and had asked the provincial Department of Environmental Affairs and Development Planning to investigate if the property owner had broken the law.

Walker said the provincial department had fined the guesthouse R475 000 for unlawful activity.

“The city is also assessing what measures will be required to rectify the situation. We are considering various options, including the removal or alteration of the illegal structures in and around the river.”

Mushfeeqah Croeser, spokeswoman for the provincial department, said there was no environmental authorisation for the wall.

The department would investigate the matter.

Katrin Ludik, general manager of Ocean View Guest House, said the matter was a complex issue and did not wish to comment on it at this stage.
No comments:

CAPE TOWN – The City of Cape Town has assured holidaymakers all major beaches will have lifeguards at key times during the busy festive season.

The city has put in place an extended service at 24 beaches over the holidays.

The municipality’s Belinda Walker has appealed to the public to listen to lifeguards.

“They’re not kill-joys, they are just trying to keep people safe. If they say swim in a particular place it’s because some parts of the beach may not be safe.”

At the time, there were no lifeguards on duty.
No comments: 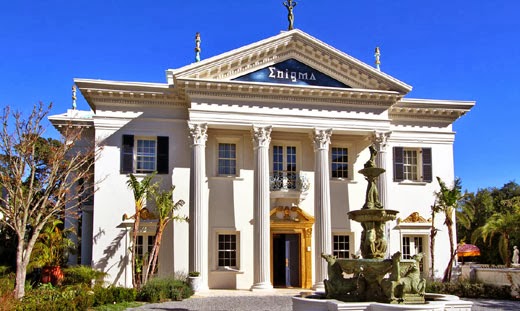 
A Camps Bay home is for sale for a record price of R300 million.

The mansion, which is titled Enigma, is situated in the Glen between Clifton and Camps Bay.

All electronic functions in the house can be controlled by tablets.

It features an atelier, winter garden, sauna, gym, tea-house, massage temple, herb and vegetable garden as well as many terraces, with an artistically-designed Olympic-sized swimming pool with marble inlays.

The most expensive property ever sold in South Africa by an estate agency was sold to a South African.