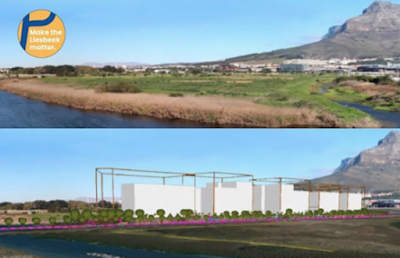 The developers of the River Club are planning to build a huge mixed use development on the land at the confluence of the Black and Liesbeek Rivers, land that is of immense historical and spiritual significance for the indigenous Khoi peoples, as well as being a sensitive environmental precinct including a threatened wetland and biodiversity hotspot. The land was once public land owned by the South African Railways but earmarked for white employees as a leisure resort, ignoring the profound sacred importance of the river confluence for Khoi history. The site was part of the first resistance wars by the Khoi against colonial intrusion, and the site of the first appropriation of land by the Dutch settlers. As such, it is rich in heritage, particularly the intangible heritage associated with the Open Riverine valley and the sense of place afforded by the open space to which it is zoned.

In short, the current owners of the River Club in 2015, LLP Pty ltd, purchased the bare dominium from PRASA in 2015 in a speculative deal, then sold the land on at a substantial profit to a new entity called the LLPT. The LLPT then began work toward on a development application on the site which is a hugely inappropriate and dense Mixed-Use commercial development with Amazon as anchor tennant. The development will generate billions of rands profit for an influential and highly connected consortium of financiers and property developers. The land lies on a flood plain and will require hugely intrusive engineering works to elevate the development out of the flood line. It will place 18 buildings on a 14 ha site, ranging from 20 to 46 m high, and a total floor space of 150 000 square meters. This is an incredibly dense and huge development which will sit at the apex of the Two Rivers Urban Park, a designated conservation area, which is also slated for inclusion in the National Heritage Liberation Trail and a possible UNESCO nomination. The adjacent South African Astronomical Observatory (SAAO) is already a National Heritage Site and more than 60 First Nation Groups, NGOs and Civic Associations have applied for the areas to be graded as a Provincial Heritage Site and the Goringhaicona First Nations Council have similarly applied for the site to be graded a National Heritage resource. 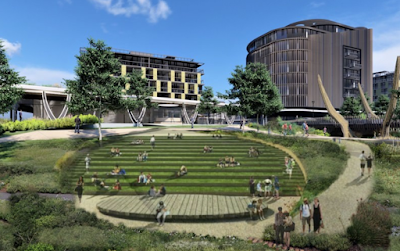 Despite the huge environmental and heritage importance of the site, financial considerations appear to have driven the acceptance by the authorities of the development in the form of two flawed decisions, one by the Department of Environmental Affairs and Development Planning of the Western Cape Government (DEADP) in August 2020 to grant an environmental authorisation under the National Environmental Management Act (NEMA), and one by the Municipal Planning Tribunal of the City of Cape Town to permit rezoning of the land from Open Space to Mixed Use in September 2020.

The DEADP appeal authority, the MEC, has since rejected appeals against the EA in a February 2021 decision which attempts to ‘cure’ fundamental flaws in the original EA decision-making process.

For example, when Heritage Western Cape, the competent Heritage Authority for the province, declared the River Club site provisionally protected under the National Heritage Resources Act (NHRA), as a precaution against development decisions being made prior to heritage grading of the site, the City of Cape Town and the DEADP joined the developers in appealing the protection order, on the basis that the existing processes under NEMA would protect heritage resources involved. Yet, when HWC rejected the Heritage Impact Assessment of the development as failing to meet the requirements of NHRA, the DEADP simply ignored their comments and gave approval, a decision HWC described in their appeal of the EA as ‘unlawful.’ It is this decision which Minister Bredell now seems to have ‘cured’ by his tortuous correspondence with HWC in December 2020 and January 2021, which he has now relied on to reject the appeals.

Similarly, the DEADP and the MPT decisions ignore repeated warnings by the City’s own Environmental Management Department that the proposed development violated multiple environmental policies, including those on Climate Change, and should not be supported.

The City recently (Feb 2021) convened a Planning Appeals Advisory Panel (PAAP) to hear the rezoning appeals. The timing of the Minister’s rejection of the EA appeal was such that it was released the day before the PAAP which enabled the developers to trumpet this at the Panel as part of their opposition to the appeals. The collusion between the City and Province is pushing this development through against scientific, professional and community opposition is clear.

Thus, while there is widespread opposition from Civil Society, there is also a considerable body of opposition from professional and scientific agencies against the development. Yet, as Crispin Olver described in this book “A House Divided” about the City of Cape Town, the democratic process of local government decisions making are unduly influenced by powerful developers who are able to capture decisions to suit their own interests.

This campaign is therefore also a matter of democracy and of community voice in municipal decision making. 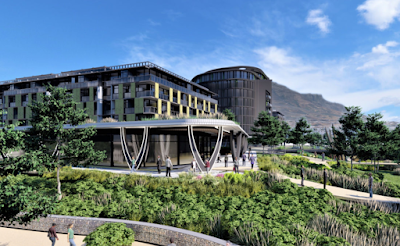 The Observatory Civic Association has been an active partner and one of the founding members of Civic Action for Public Participation (CAPP), a Civic driven initiative to an active civic movement under the banner of reclaiming civic space for the public good. A principle of this initiative is the need for community voice to have effective mechanisms to influence decisions and to hold public officials and elected politicians accountable.

a. The development is a violation of the cultural heritage and dignity of the Khoi people;

b. The developer is hugely damaging to the environment and violates almost all of the City’s environmental protection policies; and

c. The process by which the developer obtained approvals was irregular and demonstrate the failure of democratic governance at a municipal level in Cape Town.

The OCA has mobilised multiple objections and appeals both to the City’s rezoning process and the DEADP EA approval; we have jointly submitted an application with 60 First Nation groups, Civics and NGO to have the Two Rivers Urban Park declared a Provincial Heritage Site; we have written public opinions and lobbied decision makers; we have a petition with over 22 000 signatories opposing the development; we have recently commissioned Social Media and Design consultants to assist us on our campaign. We have created a number of different networks, and a Liesbeek Action Campaign group, drawing in multiple volunteers and partners to campaign against the development.

However, the OCA is a voluntary Civic Association that relies on members who are not employed to do such work. Most members work full time and assist OCA work after hours. The OCA does not have a large propaganda budget unlike the developers who are able to regularly access newspaper space for their opinions. Instead, our campaign has largely relied on volunteers who believe in the cause.

The OCA convened a meeting in February 2021 with other civics, NGOs and the Goringhaicona to plan a campaign over the next months which. We anticipate the campaign playing out with the following elements:

b. Public events such as a march for International Human Rights Day or other such public holidays;

c. Community action, such as picketing;

e. Mobilising of key public figures to speak out in favour of our campaign;

f. Promoting our message in the media through letters, articles, opinion pieces;

g. Building and consolidating coalitions with other partners across sectors;

h. Research to support our campaign (e.g. an analysis of the MPT decision-making patterns over the past years as part of dossier to support a complaint to the public protector; call on the SAHRC to investigate);

i. Networking with international groups (first nation; environmental; civic democracy) to support our cause;

j. Public naming and shaming of the collusion of powerful developers with party political interests;

k. Assisting with fundraising – both crowdfunding and sourcing of external donors and the research needed for these steps;

We are likely also to pursue high court review of either or both of the decisions. Since we believe there is immense political pressure to approve this development, and since the behaviour of planning officials in the provincial and municipal authorities are not transparent, impartial or evidence-based, we anticipate having to fight this both through lawfare and through public mobilisation. Anyone wishing to assist, please contact Edwin at comms@obs.org.za.

For more information regarding the development, please visit the Observatory Civic Association website.