Issues needing attention - How to approach the city council in an efficient way and get an efficient response:

Please refer to the  website below to make a Service Delivery Request /C3, by computer or smart phone:

This works well for  repairing broken streetlights, electricity outages, water leaks, potholes, missing road signs and manhole covers and  has had fairly good response from the city in solving them.

It’s on  the main City Council website, about the third tab from the bottom, Service Requests

This data is electronically recorded and a reference number supplied (It’s important for residents and ratepayers to keep this reference number) so that can be followed up/'tracked' to city (CCT), but moreover it's also, electronically logged, and then mapped by a Geographic Information System (GIS) and discussed by the Metro Police to formulate strategies for responses, used in budget allocations by the City, city audits, etc.
No comments: 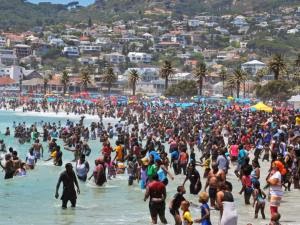 Cape Town - Thousands flocked to beaches across the Western Cape on Wednesday to celebrate the start of the new year, but for one family the day in the sun ended in tragedy when a five-year-old boy drowned in a tidal pool at Buffels Bay.

National Sea Rescue Institute (NSRI) spokesman Craig Lambinon said the child and his family – from Site C in Khayelitsha – were visiting Buffels Bay in the Cape Point Nature Reserve. After their meal, the boy went for a swim.

“Members of the public had happened upon the child floating face down in the water, and a while later had recovered him from the water before initiating bystander CPR and raising the alarm.”

In Kalk Bay Harbour, a 54-year-old woman from Delft was found floating face down in the water. Rescuers could not resuscitate her.

In the Langebaan Lagoon, an NSRI patrol boat came across two children, aged 8 and 9, drowning in the Bay Hall area. They were pulled from the water.

The rescuers revived the children, but their conditions were serious but stable, Lambinon said.

On Camps Bay beach, a woman in her 20s was pulled from the sea after nearly drowning. She was given help and taken to hospital.

An hour later, Cape Town Fire and Rescue Services, Metro EMS and Cape Medical Response teams were called out to Kalk Bay Harbour to attend to what they were told was a drowning. When they arrived they found a man had fallen into the water and hit his head on rocks, but had been pulled out. He was taken to hospital.

Meanwhile, racers taking part in the Trans Agulhas boat race had to be rescued after running out of fuel.

The competitors in the “world’s toughest inflatable boat race” had set out from Pringle Bay, with Gordon’s Bay the destination.

However, after some racers failed to turn up, NSRI patrol boats and a Skymed helicopter were dispatched to find them. One boat was found in Camps Bay.

“We suspect they ‘misnavigated’ and ended up quite some distance from their intended destination,” said Lambinon. Another boat was found just off-shore from Muizenberg.

Camps Bay was swamped with sun-seekers on Wednesday, resulting in traffic jams. About 9 000 sunbathers took to beaches and 14 000 flocked to swimming pools.

Although the seaside suburb is known for its beachfront restaurants, most were closed on Wednesday.

At one point on Wednesday, traffic from the north was backed up as far as Sea Point, while the outgoing traffic was backed up down Geneva Drive because of congestion on Tafelberg Road. At about 5pm a taxi rolled near Kloof Nek.

One store that did open was Pick n Pay, and late on Wednesday afternoon security sources said a crowd had “tried to storm the building”. Pick n Pay had limited the number of shoppers in the store at any one time, and crowds had tried to force open the doors.

“It’s total madness, you cannot believe it,” said local guest house owner Chris von Ulmenstein. “This is not the picture we should be showing to the world.”

But the head of the Camps Bay Community Policing Forum, Bernard Schafer, disagreed. “There’s always only a small criminal element which tries to… get away with things, but for the most part everything seems to be fine.”