WWF Brings Nature Inside During Lockdown 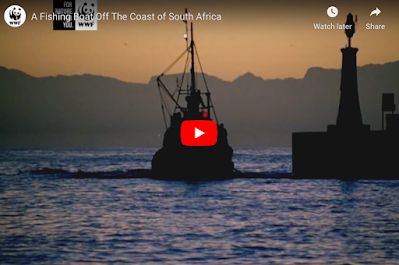 WWF South Africa has launched a 10-hour long playlist titled “Bring Nature Inside”, which features soundscapes from nature recorded in areas where they are working.

“We wanted to allow people to experience the richness of nature. With many of us feeling overwhelmed by the current state of the world and the unique disruptions we are facing, it is imperative for us to take care of our mental and emotional well-being. Nature provides the perfect ‘escape’ that we need during this time,” says Justin Smith, head of business development at WWF South Africa.

From the soothing backdrop of a free-flowing river to the rhythmic sound of the Atlantic Ocean, each track features sounds with a description, and showcases the work WWF is doing to help protect South Africa’s natural heritage.

The soundscapes are available on Spotify, Apple Music, YouTube, Deezer, Google Play and Amazon or visit wwf.org.za for more information.

A percentage of the streaming royalties will go to support WWF SA’s ongoing conservation work, at no cost to the platform user.

The City’s transport directorate is investing R2.1 million in improving traffic flow on Kloofnek Road and to create a safe footway for pedestrians along Signal Hill Road.
The project started in April and is scheduled for completion by the end of August, if all goes according to plan and if bad weather doesn’t stall work.
The City’s mayoral committee member for transport, Felicity Purchase, said the footway would accommodate pedestrians who usually walk from the MyCiTi stop at the top of Kloofnek Road to the steps opposite the SANParks office. Once completed, pedestrians will be able to use this footway to a point where they can access the off-street contour path to Lion’s Head.
“This area is extremely popular among tourists, visitors, and local residents and will help to improve the safety of those on foot,” she said.
Improvements to assist with traffic flow are also under way on the Camps Bay-bound approach off Kloofnek Road at the intersection of Tafelberg and Signal Hill roads.
Currently, about 160m of the footway has been completed.
A yield controlled pedestrian crossing will still be added at the crossing point on Signal Hill Road, at the point at which steps lead up to the SANParks contour path to the Lion’s Head parking lot.
The widening along Kloofnek Road on Lion’s Head side is still in progress.
From page 1
The City said the excavation would not extend beyond the relatively narrow strip that is currently visible on the Lion’s Head side of the roadway.
They said the current short right-turn lane on Kloofnek Road heading towards Camps Bay does not sufficiently meet the demand and often results in queuing right-turning road traffic and obstructs the movement of other traffic.
“We have investigated possible solutions, and have decided to implement a longer dedicated right-turn lane, along with a separate through lane. This change will necessitate the widening of the road within the existing road reserve so that we can achieve the relevant lane-width requirements. The widening is being implemented within the road reserve and existing cut-slope or embankment on the Lion’s Head side of the roadway,” said Ms Purchase.
She added that traffic exiting from The Glen and Signal Hill towards Camps Bay, would need to turn left and then proceed right around the median island, in a similar fashion to negotiating a traffic circle.
“Many vehicles approaching along Kloofnek Road from Camps Bay exceed the posted speed limit. This creates a dangerous situation for those exiting from Tafelberg Road and Signal Hill Road. Thus, the change is deemed necessary and is in the interest of road safety and improved traffic flow,” she said.
She said the improvements would alleviate congestion and improve pedestrian and vehicular safety at the gateway to one of the five key tourism destinations in the city and It will benefit visitors and daily commuters using this route as we anticipate fewer delays.
“It couldn’t have come at a better time – the requirement to practise social distancing will be with us for the foreseeable future and the footway will make it possible for pedestrians to give each other a bit more space without stepping on the road,” she said.
Ward 54 councillor Nicola Jowell, said the changes should make a significant difference to those commuting home to Camps Bay, Clifton and Hout Bay and for drivers on the school commutes and to seasonal and tourist visitors to the area, beaches and mountain.
Article posted by the Atlantic Sun 25 June 2020
https://www.atlanticsun.co.za/news/improving-kloofnek-congestion-49856343
No comments:

Camps Bay police station has reopened after being closed last week when an employee tested positive for Covid-19.

Meanwhile, the provincial Department of Health has released the number of Covid-19 cases per suburb. According to statistics for some of the Atlantic Seaboard areas, as at Monday June 22, there were 10 cases in Bakoven, 21 in Camps Bay, eight in Clifton, 15 in Devil’s Peak Estate, 15 in De Waterkant, 118 in Fresnaye, 73 in Gardens, six in Mouille Point, 32 in Oranjezicht, 59 in Schotschekloof, 83 in Sea Point, 14 in Tamboerskloof, 14 in Three Anchor Bay, 55 in Vredehoek and 24 in the Waterfront.

Premier Alan Winde said the province had recorded an additional 25 deaths, bringing the total number of Covid-19 related deaths in the province to 1 424.

He said the province was continuously reassessing the data available to them to give them an indication of when the virus peak will occur.

He said these models are predictions based on the best available data at the time, and it is impossible to pinpoint exactly when this will happen.

“But by taking additional care now, and managing the number of active cases, we can help to slow the spread and help to save lives,” he said.

Article was published by Sinazo Mkoko and Staff Reporter at The Atlantic Sun 25 June 2020.