CBRRA asks you to come and plant a tree! 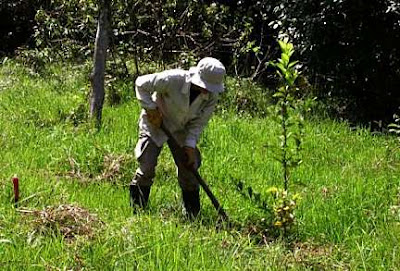 The Camps Bay Ratepayers and Residents Association (CBRRA) invites you to join it at its tree planting ceremony at 11-00 am on Saturday 4 September 2010 in The Little Glen in Camps Bay for about 30 minutes.
Come and join us in celebrating the arrival of Spring, by planting a tree so that we can give thanks to mother nature for supplying us with the means to clean our air and green our environment.
This will be a special day, when Council Officials and Councillors will grace us with their presence to illustrate their commitment to our beautiful environment.
The Police, those involved in the safety and security of Camps Bay and people representing the community at large, be it representatives from the Scouts, Camps Bay schools, Churches and especially Friends of The Little Glen will be joining us to also show their support and appreciation of this important occasion generated by Richard Dames of CBRRA.
CBRRA looks forward to seeing you there and hopes that this will be the forerunner of similar annual tree planting initiatives in the future.
CBRRA sincerely thanks the Camps Bay residents who donated the necessary funds to pay the Council labour which will be necessary on the day. Should you wish to similarly donate a tree, CBBRA will be most grateful.
See you there !
No comments:

A very large proportion of residents in Camps Bay own dogs and love to take them out for exercise, but these dog walks have become a pain to dog owners rather than a pleasure thanks to the enforcement of the bylaw against dogs off leash. Problem is that many of the dogs in Camps Bay are medium to large dogs. They are not lapdogs. They are part of our security system. They need more exercise than what a normal middle-aged person can give them on leash. Frankly, they need somewhere where they can run free, meet other dogs, play, splash in the sea and generally enjoy themselves. We owe it to them.

CBRRA understands that the enjoyment of the use of the beach by people who do not own dogs must also be ensured, in a manner by means of which dog owners and the remainder of the beach going population can be equally and fairly catered for. CBRRA has therefore evolved a solution which it considers will amicably solve the existing ongoing problem. As proposed at CBRRA's public meeting on 16 March 2010, it wishes to take a proposal to the Ward Forum for consideration and hopefully submission to the Sub-council for approval. The issue will be discussed with City Council officials, but firstly we needed to assess the reaction of the community.

• A total of 142 responses were received.
• Although 118 responses were in favour of YES TO ALL of our proposal, many residents showed a negative reaction to any dog off leash at any time due to an experience with a dog owner who was unable to manage their dog off leash. We urge you to take other residents into consideration while walking your dog and to be a responsible dog owner.

We will submit our proposal at the next Ward Forum for consideration. 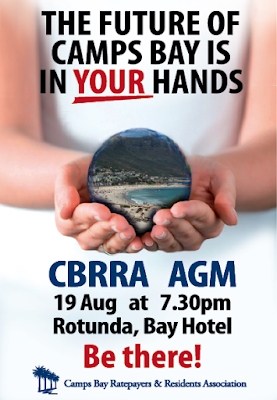