The City of Cape Town has been accused of changing parking requirements for some areas on the Atlantic Seaboard without any public participation. 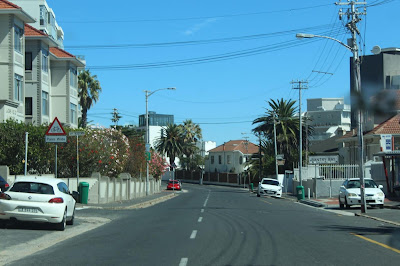 According to the Sea Point, Fresnaye and Bantry Bay Residents’ and Ratepayers’ Association (SFB), in October last year, they were provided with a demolition application for a residential home in Oldfield Road, next to the park in a Heritage Overlay Zone.

They said, as part of part of the assessment, the committee investigated the planned development for this property and was informed that the developer planned to erect a building with 22 “studios” on the 588sqm plot with a provision of eight parking bays.

“To all our surprise, it emerged that council had changed the parking requirements for Green Point and large part of Sea Point and as a result, no parking spaces and, therefore, no departures will be required in future for any developments below Ocean View Drive. This was all done without any public participation.”

They said these revised parking requirements paved the way for a new developer’s product – the “studio” or “micro apartment“.

“Under the auspices of ‘affordable housing’ tiny one-room apartments are sold at sqm prices of R 50 000 and more.

“Who will buy and stay in these 17 to 28 sqm apartments for a price of more than R 1 million or monthly cost in excess of R 10 000? Certainly not local residents. In our view this new product line is aimed at investors that can manage such small scale investments and are intrigued by prospected high short term rentals (e.g. AirBnB). It is a nonsensical hypothesis that such tenants will not rent cars that need to be parked and will only use public transport,” they said.

“What will be the effects on our neighbourhood and the existing hospitality infrastructure in Sea Point? Would anyone want to live for an extended period of time in a building where holidaymakers party and change on a daily basis in summer, whereas in winter the place is deserted?”

They said meetings have been held recently with those responsible and they await the outcomes with interest.

“In our view, such a significant decision should have required public participation. Furthermore, it is of great concern that developers had knowledge of these changes well in advance and have been able to plan and apply for building permits based on these changes while ratepayers and residents organisations were completely unaware of these issues.”

The SFB said it is of the impression that the primary objective of the change in parking requirements is the City’s drive for “densification“ and, at its core, the increase of its rates ”income”.

“In many areas, the disproportionate ratio of rates collected to rates spent has reached proportions that can only be called a ‘rich tax’.”

In June 2014, the City announced that they approved the maps demarcating the reduced parking requirements for development in priority areas which are served by public transport.

This, they said was the next step in the City’s efforts to promote development close to public transport at a higher density.

Responding to this, the City’s mayoral committee member for spatial planning and environment, Marian Nieuwoudt, said the introduction of the concept of PT1&2 parking standards into the Development Management Scheme (DMS) and its predecessor, namely the City of Cape Town Zoning Scheme (CTZS) since 2013, was to give effect to the City’s strategies to support an effective, efficient and viable public transport system.

“A property owner or developer is therefore only required to provide the minimum standard but may still provide more parking.

“These provisions are an incentive to support the use of public transport and are not enforced as a maximum standard.”

She added in the most recent update of the PT1&2 map, the provision of road-based public transport was assessed.

“I advise the residents to please submit comments and suggestions for the review of the Development Management Scheme that is currently under way. The closing date for comments is April 23. This is an ideal opportunity for residents to influence the future of the built environment in their areas.”

Comments and suggestions to be taken into account in the review process can be submitted to lums@capetown.gov.za Louis Mostert will take over as the school's principal from next month.
From May 1, Camps Bay High School will officially have a new principal.

Louis Mostert is due to take up his role as the school’s principal from next month.

Mr Mostert has been acting principal since the start of this year, taking over the reins from Dave de Korte who retired at the end of December 2020.

Camps Bay High School’s governing body chairperson, Werner Thetard, said they are delighted that the Western Cape Education Department (WCED) accepted their nomination as there can be no one better suited for the position. “Mr Mostert understands how important it is for us to create a nurturing environment where learners have the opportunity to safely explore their limits, ensuring that they strive for the highest in all their endeavours,” he said.

Mr Mostert said he started his teaching career at Camps Bay High School some 33 years ago and he has been a proud member of the Camps Bay school community for all those years. “ For over 10 years, I was the school’s deputy principal and head of academics and mathematics and I am looking forward to taking up the role as principal, and taking forward the school’s vision ‘Strength in Diversity’ to ensure there is always an environment of tolerance and respect on the Camps Bay High School campus,” he said.

The selection committee involved in the principal’s appointment, conducted a rigorous selection process, which involved many hours of work sifting through the applications and ensuring that the required WCED protocols were adhered to.

Mr Thetard said the new principal’s commitment to the school cannot be rivalled. “His energy and passion for forward-thinking educational practices will make sure that our learners are given the best opportunities in academics, sport, culture and service so that they leave Camps Bay High School as well-rounded young adults ready for real world challenges.

“Our school needs a leader who connects with parents, learners and staff, and someone who is a problem-solver. Mr Mostert ticks all of these boxes and his priorities align well with the direction of our school,”he said.

He added that they look forward to working with Mr Mostert who will officially lead the management of the school from May 1.