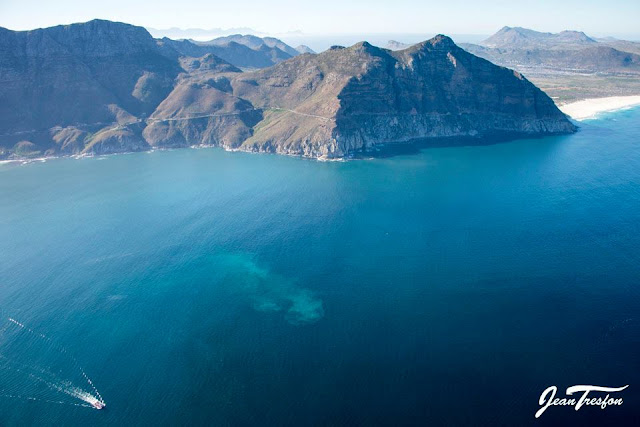 The Nauticat takes a large boatload of tourists to see the cape fur seals at nearby Duiker Island while a huge plume of raw sewage bubbles to the surface near the foot of Chapman's Peak. Not only does the City of Cape Town continue to pump this untreated effluent into the sea despite research showing the potential health hazards to water users, but it does this at a time of drastic water shortages. 28 million litres a day between the three main outfalls, of which probably 50% could be recycled into clean water.
No comments:


The well-known Jimmy Kyritsis, owner of the iconic Buzbey Grill on Three Anchor Bay Road, is hanging up his apron after 36 years.
Jimmy bought the space in 1982 from colleague and old friend Bastian van Stenis and his wife Beryl who had started Buzbey Grill. While he never felt the need for a name change, he made the grill house his own.
He explained how different things were in the 1980s compared to now, with patrons spoilt for choice when it comes to restaurants. “It was very different in the 1980s and the 1990s. In the 1980s Table Bay was partially bush still, the City Bowl had maybe six restaurants, the city centre had three open at night, until the V&A Waterfront opened.”
The Buzbey Grill became part of Sea Point’s history and so has Jimmy. He is well known to the people of Sea Point and surrounds, especially for his mouth-watering steaks, tender calamari and humour.
Jimmy has formed close connections with his customers which will be big shoes to fill for new owners of the space, Gabi and Kyle Knight. They have renamed the space The Shop.
Gabi and Kyle, who were also customers and are professional chefs, approached Jimmy about buying the space from him and it had taken two years for him to decide to sell. 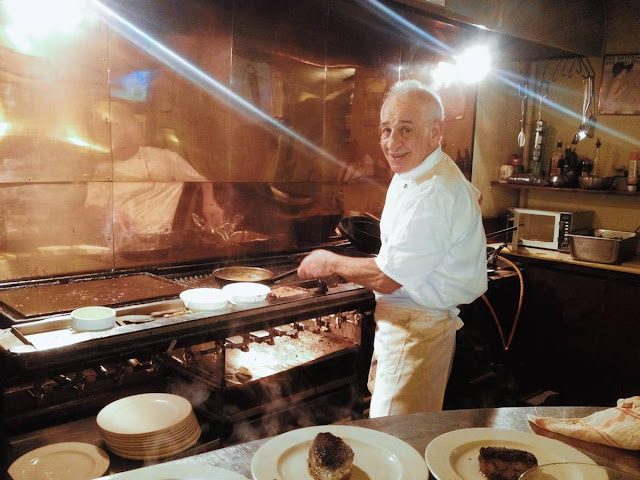 Jimmy behind the grill.
Buzbey Grill was run under the new owners for three months before changing the name. Jimmy worked closely with them for a while to give them an introduction to regular customers.
Gabi said it was a challenging time for them as regular customers would come in and ask for Jimmy. “We thought we could come in and do our own food but the regulars they want their steaks, so we will continue with steaks and introduce some other dishes.”
Not many changes have taken place since Buzbey Grill became The Shop except for minor decor changes, most of the equipment is original, the setup remained the same, some of the staff members have been kept and most importantly, a few dishes such as the steaks, the seafood and the famous grilled calamari finished off in garlic butter and chilli sauce will still be served.
Kyle and Gabi now cater for vegetarians and chicken has been added to the menu.
“Jimmy should be recognised for his service to Sea Point, we are moving forward with the same mindset as Jimmy: good service and good food at a good price,” said Kyle.
Now, at the age of 78, Jimmy said he would like to live a “normal” life after working endless hours behind the hot grill, His idea of a normal life? Swimming, surfing, travelling and doing long walks on the beach. “I stood here (behind the grill) for 15 years and I did it seven days a week, closing just after one in the morning.”
This article is done by Tara Isaacs and can be read at https://www.atlanticsun.co.za/news/buzbey-owner-retires-new-chefs-step-in-13981458
No comments: 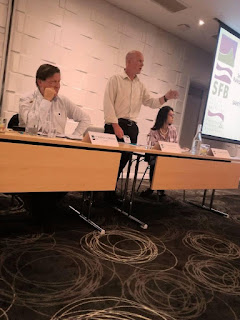 Marco van Embden, Martin Bey and Suzanne Kempen.
Despite all the success stories the Sea Point, Fresnaye, Bantry Bay Ratepayers’ and Residents’ Association had to share at its annual general meeting last Wednesday, the focal point for residents remained developments.
At the meeting, attended by more than 200 residents, meeting chair Martin Bey came under fire when he told angry residents that a planning committee report would not be read at the meeting because the agenda did not make provision for it.
This happened after association chairman, Marco van Embden, read his chairman’s report in which he spoke of the progress which had been made with relation to safety, security and cleansing initiatives and the upliftment project which had positively impacted the lives of “displaced people”.
The guest speaker at the meeting was JP Smith, the City’s mayoral committee member for safety and security, and social services, who addressed the meeting about the traffic issues faced by Sea Point residents.
“I can’t solve the congestion. It’s an area with too narrow roads, too many residents and too many people passing through. That is not something you are going to magically solve but what does have to happen is that we have to make sure that the quality of the enforcement is as good as it can be.”
He explained how in the past he had struggled to get enough enforcement staff available but more officers have joined the ranks which should result in some improvement.
“I want to say one thing around planning: I can see it is a hot potato. When I was councillor here I had a fairly negative view on planning. There are developers in this room who had very big fights with me. I have picked the fruits of the urban regeneration that was driven by developments so this may be a bit hypocritical to have been very tough on planning, while having watched the suburb being redeveloped. The secret here is to find the combination of what keeps the urban regeneration going while not sacrificing all of your heritage and having incentive densification.”
Reflecting on having been against development when he served as ward councillor Mr Smith said, “If I look back at those developments now they have added value.”

This article is by Tara Isaaces and can be read at https://www.atlanticsun.co.za/news/developments-top-list-of-concerns-at-agm-2-13981472
No comments: