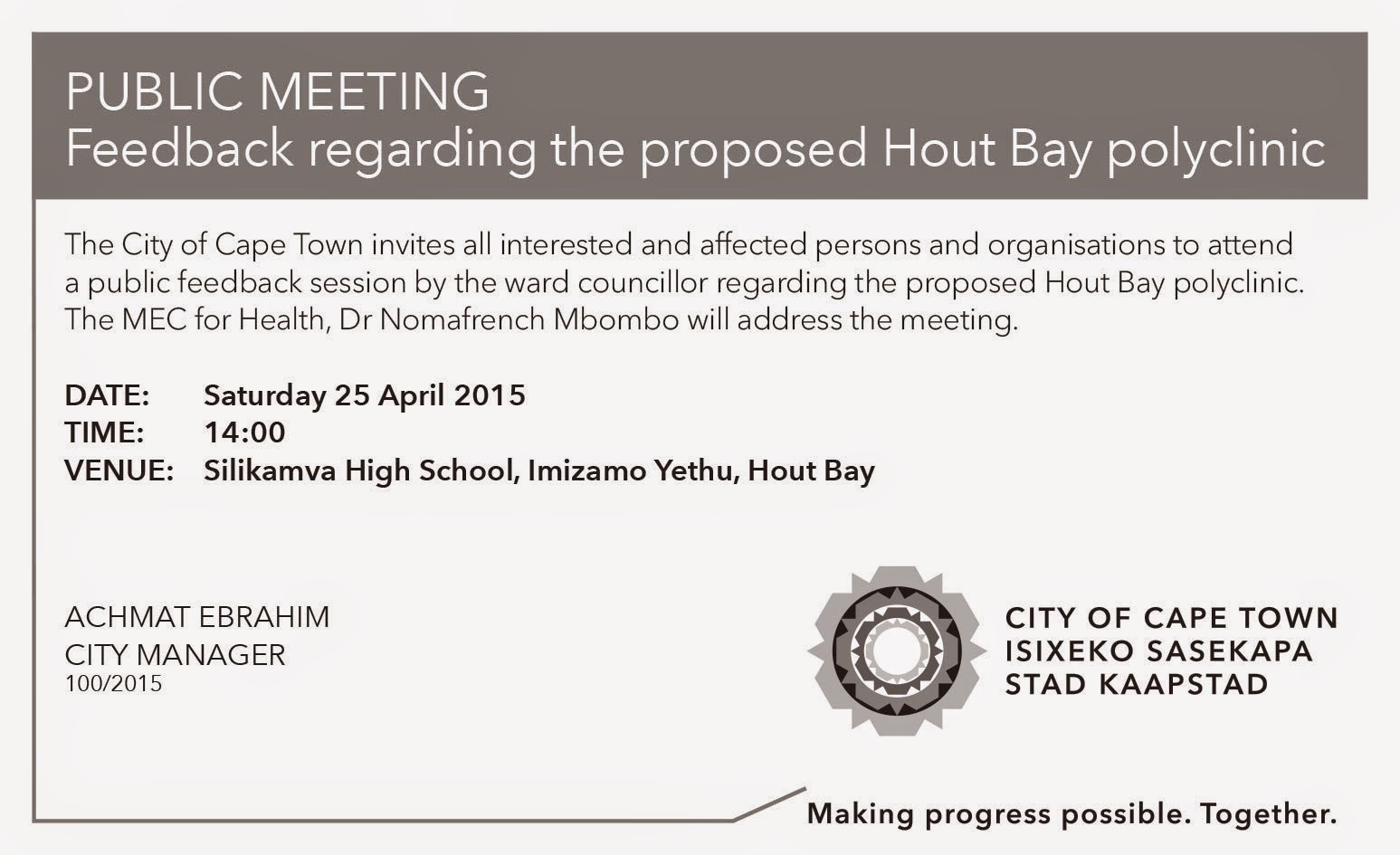 Follow the http://www.sosclifton.org for updates and comments on Clifton proposed development:

The City of Cape Town has advertised for public participation and comment on the Development Proposal detailed in its advertisement. A copy of the advertisement (appeared in the Cape Times on the 27th February 2015) and its annexures are attached on http://www.sosclifton.org/city-advertisement-calling-for-public-participation/ 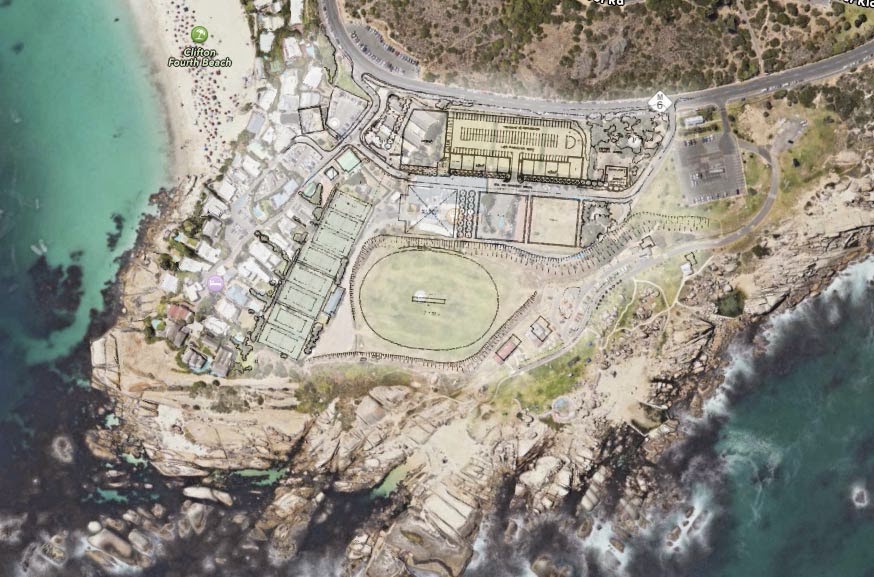 Monique Mortlock
CAPE TOWN - The Camps Bay Ratepayers and Residents Association says the City of Cape Town should have discussed the planned roadworks on Camps Bay Drive with them.
The R20 million project will see the road closed for traffic from 20 April for several months.
The association's chairman, Chris Willemse, said they were informed of the roadworks by the media and not the city.
Willemse said the alternative routes that have been worked out by the city are problematic.


"There is a lot of input we could put in in terms of how to deal with the traffic chaos that's going to emanate out of this closure of the roads. We are going back to the city with suggestions as to what we feel should be done."
No comments:

The City of Cape Town will be undertaking major roadworks along Camps Bay Drive this winter. The road will be closed for general traffic as from Monday, 20 April 2015. Residents and visitors should expect major traffic delays along the alternatives routes to and from Camps Bay.   Camps Bay Drive has not been refurbished for the past 30 years. This major upgrade will significantly improve the road condition and safety for road users and cannot be postponed any longer.   ‘The roadworks will unfortunately cause significant delays and inconvenience. I therefore want to urge road users to familiarise themselves with the alternative routes well in advance. About 14 000 vehicles travel along Camps Bay Drive every day and commuters will have to be accommodated on other roads to enter or exit Camps Bay. It is therefore very important to expect delays and to take this into account when planning your journey,’ says the City’s Mayoral Committee Member: Transport for Cape Town, Councillor Brett Herron.  Transport for Cape Town, the City’s transport authority, will spend approximately R20 million on this project that is to be concluded by the end of September this year if everything goes according to plan.   The project entails the following:


As stated above, Camps Bay Drive will be closed for general traffic for the duration of this project. Stop-and-go control points will be in operation between Geneva Drive and Prima Avenue and Houghton Drive and Rontree Avenue to give access to residents who live in the vicinity of the roadworks.  Commuters can make use of Geneva Drive as an alternative route to enter or exit Camps Bay.

‘Residents will have first-hand experience of the benefits once this project is completed. Not only will Camps Bay Drive be wider, but the road surface will be smooth and the bends will not be nearly as sharp as is currently the case – making the road safer for all of us. I want to urge road users to be patient and to please obey the signboards during the construction period. We can alleviate the worst inconvenience if we plan ahead,’ says Councillor Herron.

Avoid traffic congestion by steering clear of City of Cape Town road improvement areas
Starting on Monday, 20 April 2015 the City of Cape Town will be closing Camps Bay Drive to general traffic to begin major roadworks including resurfacing and widening of the road in certain sections, and general repairs to make the road safer. These long overdue improvements will ease traffic congestion to and from Camps Bay when completed in September 2015.
In the meantime, it’s going to be difficult to get to and from Camps Bay, and residents and visitors alike will have to adjust their routes and exercise some patience when heading to their destination.
So how do you get to Camps Bay without taking Camps Bay Drive?
ALTERNATIVE ROUTES TO USE DURING THE CAMPS BAY DRIVE CLOSURE
The City of Cape Town suggests using Geneva Drive as an alternative route, but with stop-and-go control points in place to give residents access to their homes along this route, congestion will be a concern. Coming from Cape Town CBD, the simplest routes to take would be either Kloof Road or the M6.
Coming from Cape Town CBD along Kloofnek Road (M62), Kloof Road is your best option:

TIPS
So plan your journey carefully and exercise some patience when and if you’re stuck in traffic as you travel these alternate routes. 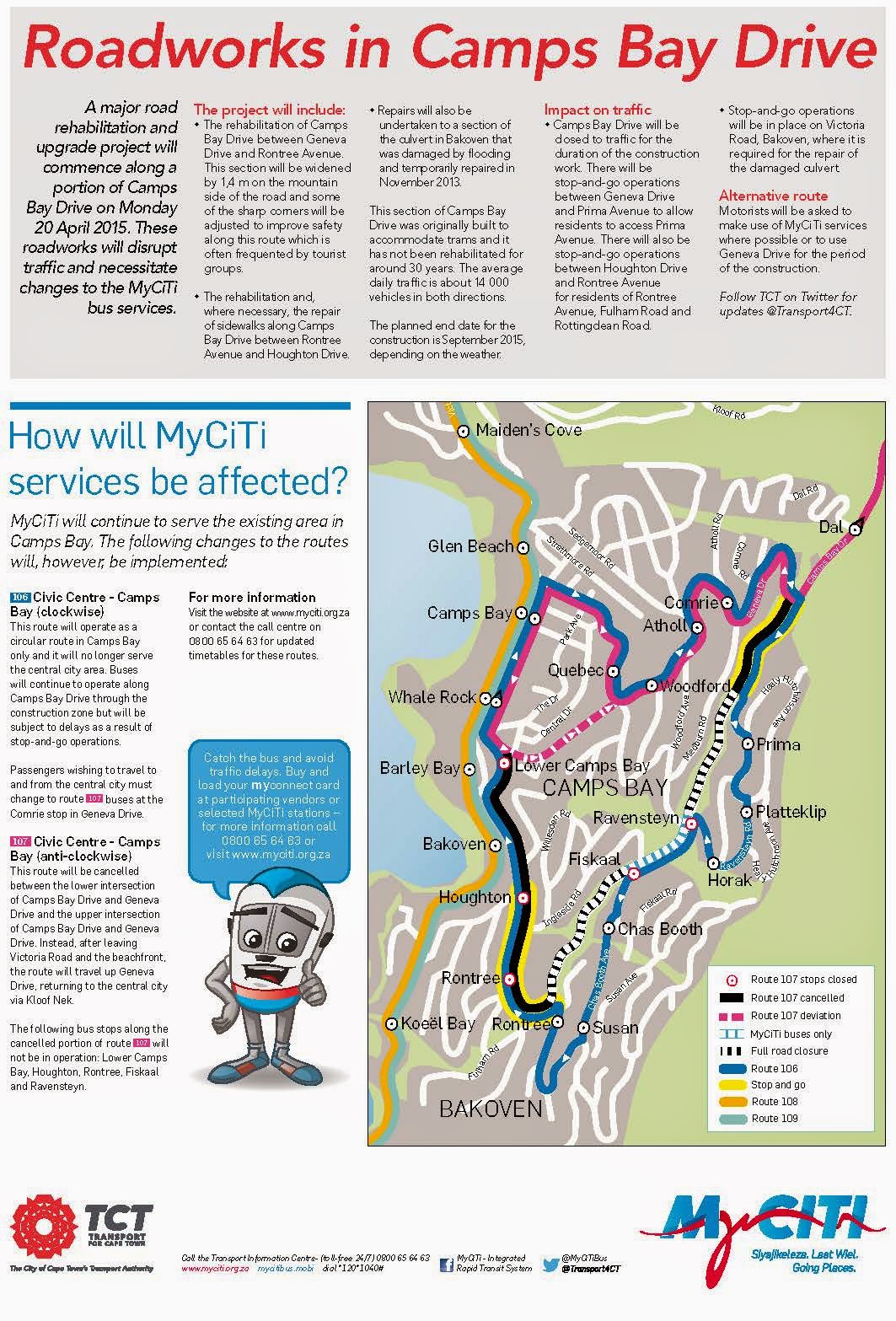 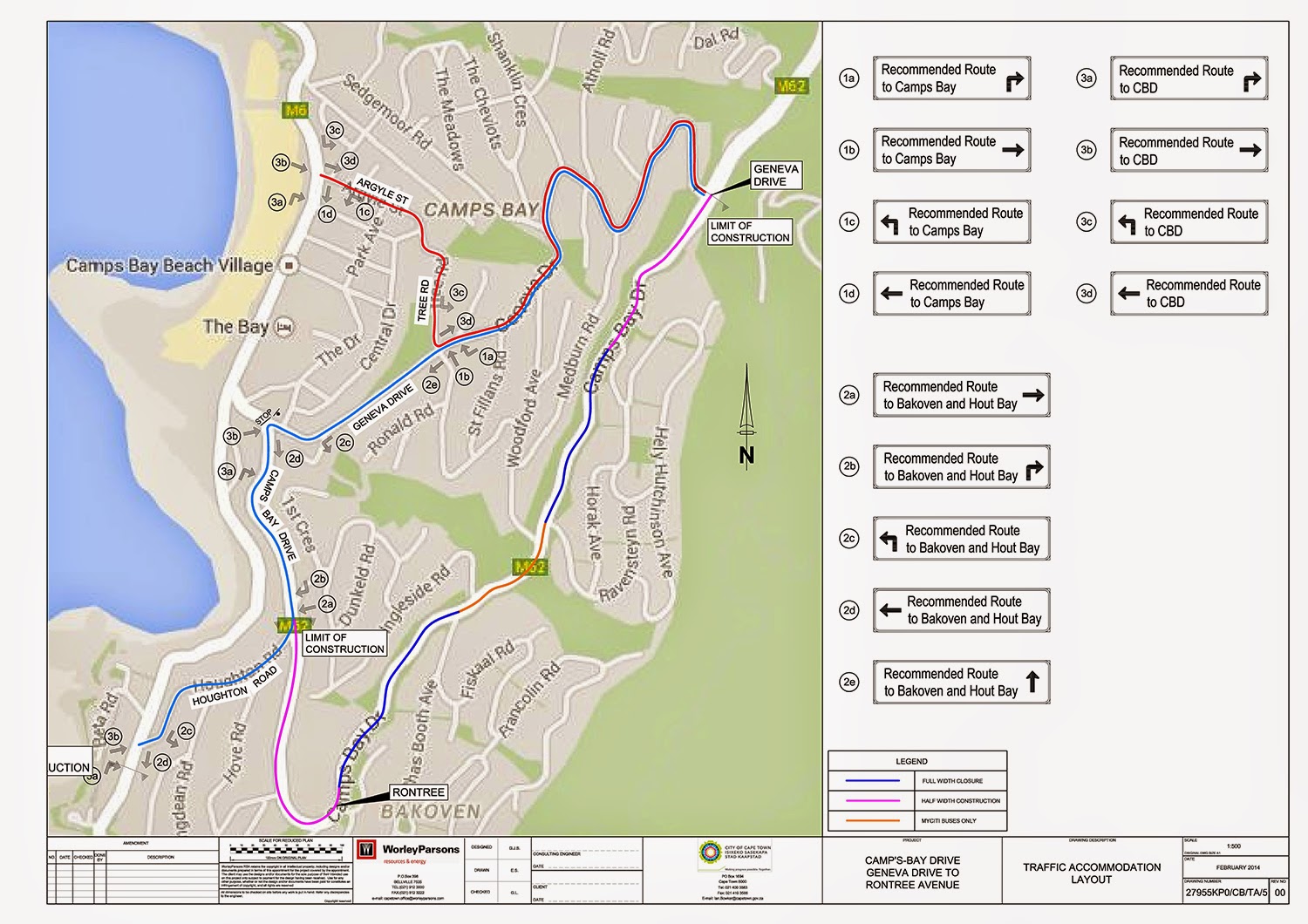