It took more than 13 hours to rescue a man who had plummeted 20m onto a ledge on Table Mountain last week.
The 32-year-old tourist from Iceland landed on a ledge just bigger than a double bed with a clear drop of about 80 metres below him on the face of a cliff.
Wilderness Search and Rescue (WSAR) were contacted just after 5pm last Monday, February 18, by a resident who had heard someone shouting for assistance from the area above their house in Camps Bay.
The Metro rescue crew, together with logistical operators, rescue mountaineers and SANParks visitor safety patrollers were asked to respond. The initial search area was plotted to be the section of the Table Mountain National Park (TMNP) below the Pipe Track and above the residential line.
WSAR said they acted urgently as they feared the calls for help could have been from a victim of a mugging or more serious crime.
An extensive search of the area was conducted with the assistance of the neighbourhood watch and other groups.
It later emerged that distress calls were being carried down to the residential area by the south-easterly wind but the man was much higher up the slope on a steep section of the mountain, just below the upper cable station.
The fading light as well as the strong wind ruled out a helicopter rescue and it became apparent that a technical rope rescue operation was required.
Using an international cellphone number it was confirmed that the person in distress was the man from Iceland. He was able to guide a search team in a 4×4 along a jeep track to a position directly below him.
The Table Mountain Aerial Cableway Company (TMAC) had agreed to make just one attempt to send up a car since the wind had already exceeded their normal operational conditions.
By 8.40pm, a rapid response team had docked at the upper cable station from where they began to make multiple abseils towards the patient. By this time the daylight had completely faded and it was then that the rescuers could actually pinpoint the man’s position as he used the light of his cellphone to create a visual reference.
A second rescue team ascended via the India Venster route, while members who happened to be training close by also made their way to a point above the stranded hiker.
The first rescue climber reached the man around 2am and after an initial assessment he was secured into a harness and lowered down to the base of Cairn Buttress from where he was assisted to walk down to the waiting vehicles by four rescuers.
The rest of the rescue team took the remaining equipment and ropes, retraced their access route to Kloof Corner Ridge and then down the India Venster route to end up at the lower cable station at about 4.30am. The official stand down was declared just before 7am.
WSAR said the man could count himself extremely lucky as he had suffered no serious injuries.
“WSAR would like to commend the experienced rescue climbers who had to negotiate very dangerous and unstable terrain, steep drop-offs, sheer cliff faces and the danger of rock falls in the dark. They had to abseil about 300 metres over multiple stages in order to reach and recover the hiker.”
By Atlantic Sun

Submit your innovative sustainable energy solutions to help us improve our service delivery. The deadline for submissions is 14 June 2019.

Sustainability is essential to achieving our vision for a more resilient future for the citizens of Cape Town and plays a key role in our planning and decision-making.
We aim to evaluate the market for sustainable energy interventions that can be added to our existing programmes and help us to improve our energy security and low carbon development pathway.
If you have information, ideas or other input that you think could improve our existing and/or new infrastructure and data, we want you to share it with us.
Areas of interest include, but are not limited to:
Download and read the full Request For Information (RFI) Notice for more information.

Your proposed solutions should be designed to allow for adapting, upgrading and integrating into our current infrastructure and address one or more of the particular areas identified in the Request for Information (RFI), as follows:
Each idea will be evaluated with the following criteria in mind:

The deadline for all submissions is 14 June 2019. We will not accept late submissions.
Review process:
We welcome all ideas and look forward to receiving your innovative solutions.

If you’d like more information about the RFI or have any questions, send an email to:innovation@capetown.gov.za.

Queries must be submitted by no later than close of business on 6 May 2019. We will not respond to late queries.

How clean is the water on Cape Town's beaches?

How clean is the water on Cape Town's beaches? 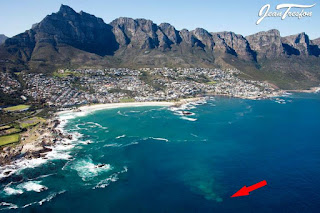 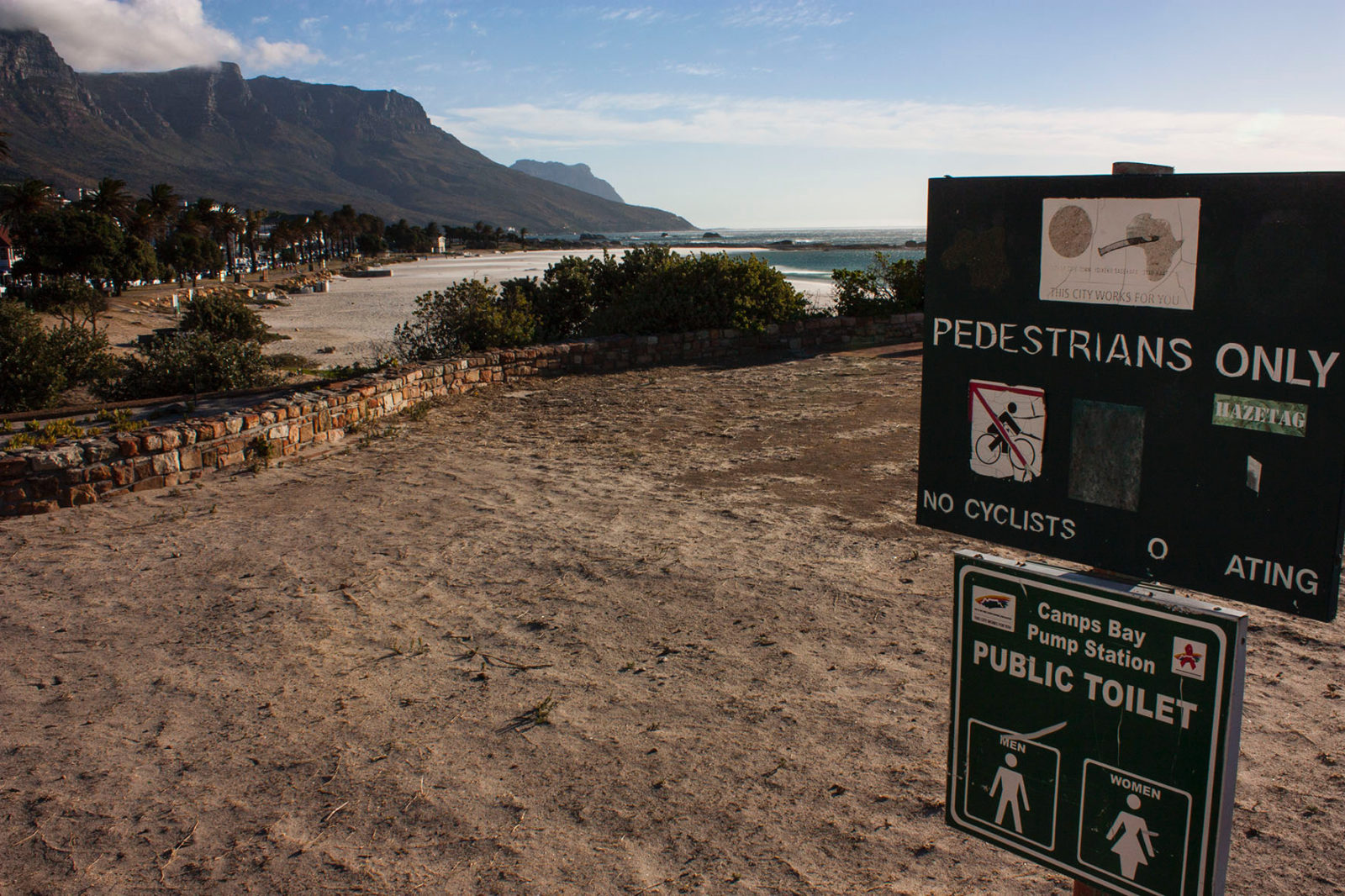 The wastewater treatment plant at Camps Bay pumps more than two million litres of raw sewage out to sea every day.
While faecal contamination rarely reaches the beach, it does happen, and the City is not telling us when, or how often.
(Photo: Steve Kretzmann/WCN) 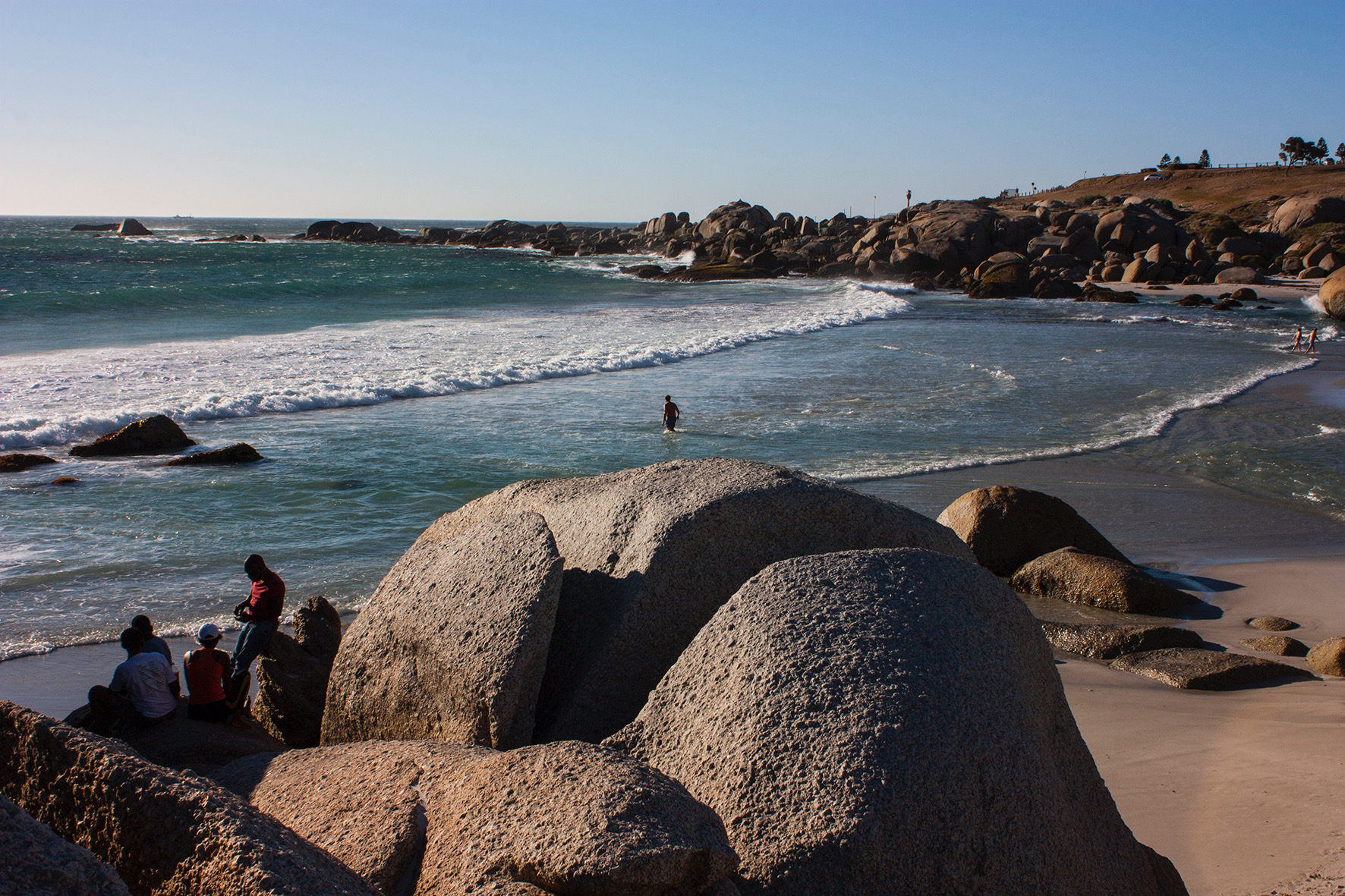 Despite a near gale-force south-easterly, swimmers and picnickers enjoy a late afternoon at Glen beach in Camps Bay. The headland in the background is Maiden’s Cove, which is little more than 700m from where millions of litres of sewage are pumped into the sea daily. Water quality on a day such as this, with strong offshore winds and no recent rainfall, is likely to meet quality guidelines. However, after rain, which comes with onshore winds, water quality often fails minimum guidelines for recreational use. (Photo: Steve Kretzmann/WCN)
The lack of information for 2017 and 2018 means there is no way for the public to know via the City’s mandatory testing, whether bacteria loads increased along the Atlantic seaboard during holiday season when visitors increase the amount of sewage, nor what the situation is in winter when rainfall is common and the predominant north-west winds are likely to blow the sewage plume shorewards. Aerial photographs taken by Tresfon show that under certain conditions the sewage plume appears to enter Camps Bay. Once in the bay, wave action would keep it there. The City vigorously contested this at the time.
Independent tests for E.coli and Enterococcus conducted by senior professor Leslie Petrik at the University of Western Cape’s Chemistry Department in 2017 revealed that while the majority of results were fine, one sample taken on the edge of what kayakers identified as the sewage plume off Mouille Point, contained an E. coli count of 12,650 Colony Forming Units (CFU)/100ml. The latest guideline for the safety of health is that half the samples must be at most 14 CFU (Colony Forming Units) per 100ml, while not more than 10% of samples should exceed 31 CFU/100ml. Samples should never exceed 800 CFU/100ml on any given day. Petrik says that on the same day, a sample taken a kilometre from shore contained an E.coli count of 4,700 CFU/100ml. (See this study by Petrik and her colleagues.)
While the average beach-goer may not swim 1km out to sea, especially given the water temperature, beach sand is also contaminated if sewage plumes drift ashore, or when beaches are contaminated by stormwater runoff. One sample taken 30cm below the surface of the sand contained an Enterococcus count of 1,460 CFU/100ml while on a separate day a count of 7,200 CFU/100ml was measured.
A CSIR report of 2017 (Cape Town Outfalls Monitoring Programme — 2015/2016 Survey), commissioned by the City following the outcry over the sewage outfalls, found that there was “clear evidence” of effluent not being dispersed before reaching the sea surface in some surveys, although there was no clear evidence it was reaching the shoreline. However, the report stated there was “indirect evidence from faecal indicator bacteria counts in seawater samples collected at many sites along the Cape Town shoreline over an extended period that effluent is possibly, even if infrequently, reaching the shoreline”.
Although this effluent was likely to be from stormwater runoff, “regardless of the source of the bacteria their counts in shoreline water samples at many sites were, at varying frequencies depending on the site, high enough to suggest a significant periodic risk to humans recreationally using nearshore and shoreline waters”.
Although sewage outfalls are common in coastal cities around the world, the CSIR states:
“The world cannot use the marine environment as a waste receptacle in perpetuity and opportunities for improved and economically and environmentally feasible wastewater treatment, and the feasibility of using alternative strategies for disposing of wastewater to the marine environment should be investigated by the City of Cape Town (and other municipalities).”
Limberg says that the cost of treating sewage presently being pumped to sea cannot be justified, given the lack of evidence there is a problem. But she also said the City will not increase the capacity of the current sewage outfalls. DM
Produced for GroundUp by West Cape News.
By Steve Kretzmann for GroundUp
https://www.dailymaverick.co.za/article/2019-02-12-city-fails-to-publish-water-quality-tests-for-two-years/
No comments: