Sewerage pumped in the Atlantic Ocean now at a critical point

The Facts around the problem, take a look and share with as many people as you can 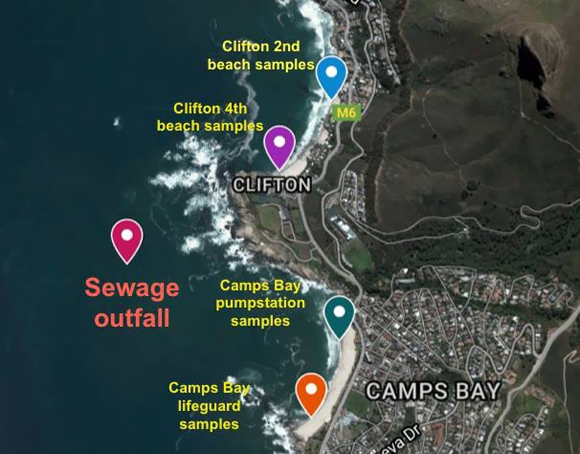 Would it be possible for the City to please share with the Clifton Bungalows Organization, Clifton ratepayers, the Camps Bay Ratepayers and the Clifton Life Savings Club updated information regarding

as summer is upon us and we would like to be informed and reassured that the sea water is clear, clean and healthy before venturing into the sea for a swim and for lifesaving training.

In Umhlanga the municipality posts daily readings on a public notice board on the beach the sea’s e-coli levels and related information.

With Clifton being a Blue Flag beach, we welcome the City of Cape Town being equally supportive of our swimmers, life savers, ratepayers and visitors, please.

Requests for reports regarding the sewerage fall-out in Clifton have not been responded to regrettably, and we seek your support in obtaining this advice from the City soonest, please.

There are reports from many property owners in the Clifton area adjoining the beaches (Moses to First Beach) that the stench from sewerage is causing health problems and that the main sewerage pipe running behind the apartment buildings along the sea is in need of replacement.


Planning to go to the beach in Clifton's sea of poo

Looking forward to going to the Cape Town beaches this summer, think again. e-Coli contamination may keep you at bay as 50 million liters of raw sewage is pumped into the Cape's oceans daily...

If you think this environmentalism stuff is all crap, you’re in for a surprise. This summer when you swan down for your cooling swim in the Cape Town sea- Better prepare yourself with an antibacterial towel.
A short 1,7 kilometers out from Camps Bay, Hout Bay, and Green point, millions of liters of raw sewage is still being dumped straight into the sea. Green point, notorious for its fresh sh*tty smelling promenade, takes 30million liters of this waste out to sea. The rest is divided between Camps Bay and Hout Bay.
See the most recent photograph of the sewage plume in Cape Town.
With new reports coming in every year from UCT’s health faculty, Professor Edda Weimann; has warned swimmers of the dangerously high e-coli levels found at the swanky Clifton beach. Things are set to get worse this year as the population numbers have risen along with the level of sewage.
E-coli, for those who don’t know, is a bacteria found in feces. It is poisonous. It is dangerous for children and those with immune deficiency diseases to swim at Clifton-Dangerous as it might imaginably be, to swim in thousands of people’sfeces.
“People who swim at Clifton are at risk of thalassogenic diseases”, says Weimann. “This is the risk for contracting diarrhoea, skin infections, respiratory tract infections, and hepatitis”.
While a filter is apparently used to separate the big and bulky feces from the hard waste, the rest is still sadly being pumped into the ocean at high velocity.
Watch out if you are planning to go swimming in the Cape Town sea this year, it’s going to be sh*tty.
Go gently,
Be kind.
And another...
What’s Going Down Cape Town? Sewage Story Update…
http://www.sapeople.com/2015/08/24/cape-town-sewage-story-udpate/

Word in the diving industry is that the diffusers on the Green Point outfall are badly blocked and the City has appointed contractors to try and sort the problem out, which is proving challenging with the winter sea conditions.

This begs the question of how long this has been the case and why have inspection dives not been conducted at regular intervals to ensure everything is working as it should?

In any case the diffusers merely act as the “sprinkler on the end of the hosepipe” and don’t solve the real problem of putting toxic chemicals and untreated sewage in the sea in the first place.

On Friday last week (21 August 2015) I took journalist Martina Polley (“Waste water threat to Cape Town’s beaches” – Weekend Argus) on a flight to see firsthand how the outfalls are looking. The answer is BAD, about as bad as I have ever seen it! 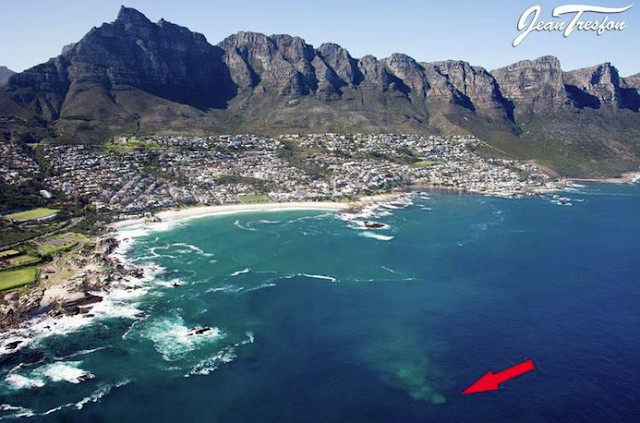 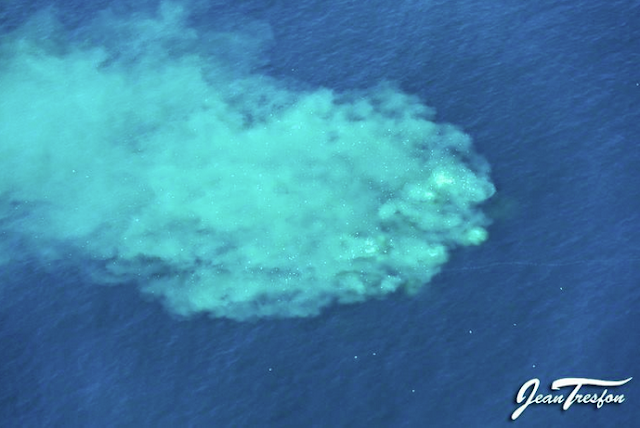 The Camps Bay outfall (see red arrow) with the plume clearly being pushed back to the beach by the current. Remember Mayco Member for Utility Services Ernest Sonnenberg? He’s quoted in the press as saying “bacteria levels are controlled by locating the outfall in such a way that transport of wastewater to beaches was virtually eliminated”… Look at the photo again and tell me you agree…!

To see more of Jean Tresfon’s photos and updates: