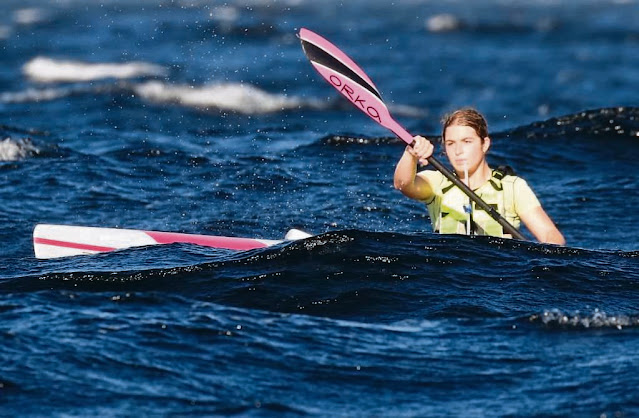 Holly Smith has been selected to represent South Africa at the ICF World Ocean Racing Championships to be held in Portugal in October.PHOTO: supplied

Camps Bay High School learner Holly Smith has been selected to represent South Africa at the ICF World Ocean Racing Championships to be held in Portugal in October.

The Grade 10 learner earned her green and gold colours while competing in the SA Surf Ski Championships on her 16th birthday which she celebrated on Sunday 1 May.

On the day, Smith faced some tough conditions out at sea, but she managed to stay on the bunch of senior ladies for 5 km into a strong head wind. She fell off the bunch, but managed to stay in sight of the top ladies competitor.

Smith turned the buoy at Partridge Point near Cape Point after 9 km of paddling and then had a good 14 km downwind paddle to finish at Fish Hoek beach where there was strong wind and a big swell.

She finished first in the u-16, second in the u-18 and seventh place overall. With her second place in the u-18 category, she earned her place on the SA u-23 team to race in the championships.

The teen says ocean racing is her “happy place”.

“I love big swell and strong winds and I’ve always loved racing in the ocean or being in it. The exhilaration of riding the ocean swells that the wind generates to connect run after run. You can surf waves in your ski for kilometres on end, it’s an unbelievable feeling.”

An elated Smith says she is excited to represent the country.

“I’m very proud and beyond stoked and grateful to have made it as it was a very strong field of girls.”

The learner says she follows a tight training schedule to prepare for the race.

She says winning the competition would be a dream come true.

“It would be an absolutely amazing feeling, but I also understand I still have three years in this age group to fulfil my dreams of winning the juniors. But I will put everything I have into it.”

Smith says although she spends most of her free time practising, she does make time for academics as well.

“I do manage to find time to do schoolwork after evening training and I do lots of work on the go.”

Her mom Caroline says: “I as her mom am super proud of Holly. Her focus and determination are incredible.”

Her dad Miki also expressed his elation at his daughter’s achievement.

“I love the fact that I get to hang out with both my children (her brother is also a phenomenal paddler) and her paddling teammates and to watch them grow and achieve. The amount of effort these kids put out is unbelievable. You then see why they are champions.”

Busi Ngcwama, Head of Sport at Camps Bay High School, says: “Holly puts in long hours of training every week and these efforts have yielded the results she has been dreaming of.

“We are incredibly proud of her and wish her all the best for the World Ocean Racing Championships and her future competitions. We are supporting her all the way.”

The teen says she is now hard at work practising before her departure to Portugal. 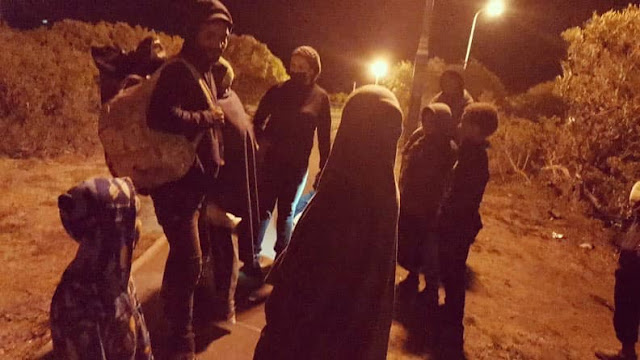 A large integrated operation was conducted in Camps Bay that resulted in 13 children and eight adults being assisted off the streets and into care. Picture: Supplied

Cape Town - In the early hours of Tuesday morning, a large integrated operation was conducted in Camps Bay by the Provincial Department of Social Development (SDS), police, the City, non-governmental organisations and private security that resulted in 13 children and eight adults being assisted off the streets and into care.

Ignisive, a community organisation that took collaborative approaches to assist with social issues in communities, played a vital role in this operation.

Ignisive member Theresa Massaglia, who was also a member of the CPF, Camps Bay and Clifton Ratepayers Association, and the Western Cape Street Children's Forum Board, said the operation had been in the works for a long time and was set into motion a few weeks ago when Ignisive initiated a meeting with numerous groups involved in childcare to see what they could do differently to help the children on streets.

Massaglia said their goal was to have children back in school while supporting them and their families in ways that added value.

“Not only is it unlawful for children to wander about on their own and for families to be on the street with small children busking and so forth, but it is also very dangerous and children sadly get exposed to horrible things,” Massaglia said.

The operation itself was co-ordinated by the DSD and one of their field workers to ensure everybody was on hand to assist and transport the families and children – many of whom were known to the community and the Ignisive project.

“The families, adults and children that accepted assistance were immediately taken off the streets and temporarily hosted at the Haven night shelter. The operation was before 6am yesterday (Tues) morning so they were provided with warm drinks and food,” Jowell said.

Jowell said this was a temporary location while screening was undertaken by the City and provincial DSDs – from there placements were made based on their individual needs and circumstances.

A follow-up operation was planned to deal with other areas that have people, particularly children, sleeping on the streets in the upcoming cold weather.

The Below message from Theresa Massaglia from Ingnite, also a member of the CBCRA Manco:

Thank you to Western Cape Government Department of Social Development (led by Alfred De Vries and Andrea Castle), City of Cape Town DSD Reintegration (especially Fiona Bosch), South African Police Service Camps Bay, Camps Bay CSI Tac 1, Fidelity ADT for the joint operation at 4am to assist in helping the (13) children and (8 adults) families off street into care…with the youngest being a two week old baby.
Thanks The Haven Night Shelter WO Cape Town Napier Street for providing breakfast and a space to engage with the families. 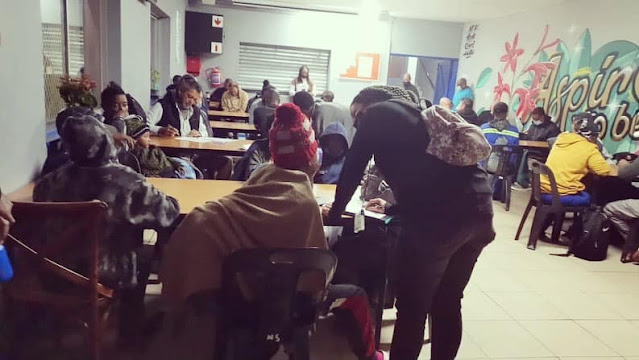 It truly takes a Village…and today we are incredibly grateful for ours.
It’s been weeks of #collaboration between various formal entities, especially with those with expertise in working with children on street…and appreciating how uniquely complex this work is.
We also know that it’s never ending, given the challenging context we work within, in South Africa…so when teams put in overtime (leaving their own families at all hours) to come and assist those on street, we are eternally grateful.
#igniteinclusivechange
#positiveaction
#ittakesavillage
#bethechange
Western Cape Street Children's Forum
Camps Bay Community Policing Forum
Camps Bay & Clifton Ratepayers Association
Camps Bay Business Forum
Ignisive - ignite inclusive change
Nicola Jowell - Ward 54 — with Fiona Bosch and
5 others
in Camps Bay, Western Cape, South Africa.
No comments:

Camps Bay residents and Mayor join to pick up litter 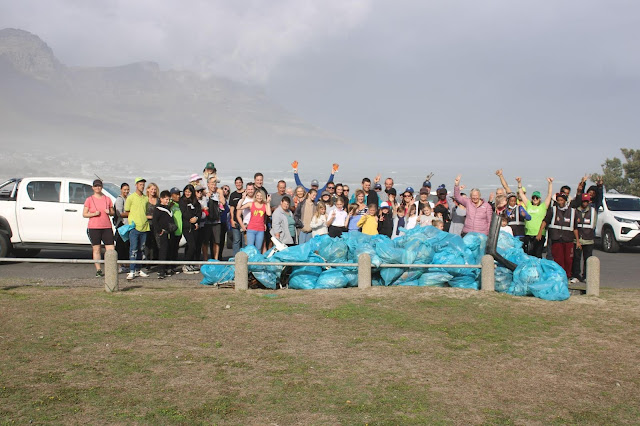 So far this year the mayor has joined 13 cleaning projects from Khayelitsha to Bo-Kaap. He also commended corporate companies that are launching clean-up projects in the CBD.

“When I drive on the N2, I see the Langa and Bonties areas. I see we have a long way to go. The City will do its part. We will provide dustbins and trash collections, we will provide clean-up crews, but residents also have to come to the party. All of us have to take pride in our city,” he said. 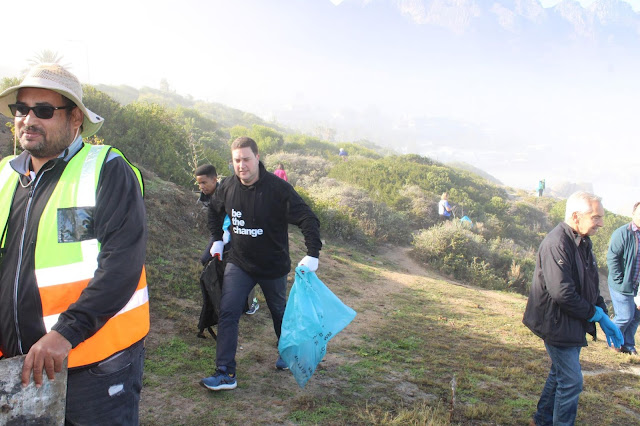 The Mayor of Cape Town, Geordin Hill-Lewis, being the change he wants to see in the city.

Chris Storey, the principal of Camps Bay primary, said the clean-up revealed how many people are living within the bushes of Camps Bay and he hopes that this project creates the awareness around taking care of the environment.

“We found a huge amount of rubbish in the bushes and its an indicator of how many people are living rough, that’s homeless, it’s a big wake up call for the residents,” Mr Storey said.

Frances Storey, 24, who joined her dad for the clean-up, said she felt manufacturers should find a sustainable way of making plastic products.

“The people responsible for the making of plastic need to take ownership of it – the lollipop companies and those that sell straws, it is not sustainable to keep on picking up litter when it keeps on being produced,” she said. 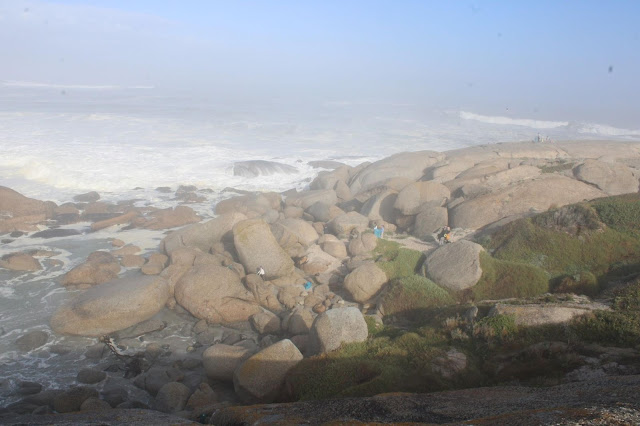 The people went amongst the rocks to collect bits of trash.

Homeless people and community organisations joined the clean-up as well, and Ward 54 councillor Nicola Jowell, said they hoped to instil a sense of kinship so they could work together towards eliminating litter.

“We need to get to a stage where we are maintaining a cleaner environment but we need the community to help us do this,” she said.

“One thing we have learnt that the people living in these areas are not averse to being given bags and helping to clean up as well. Of course trying to prevent the litter is the key thing and we have done pilot projects where we provide bags and collect the litter so that we can all live in a cleaner environment.”