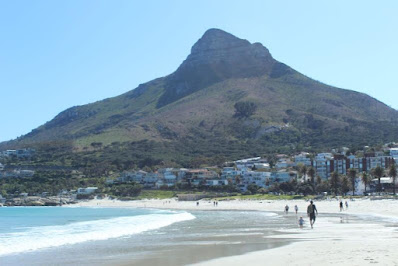 Camps Bay and Clifton Fourth are among the 10 City of Cape Town beaches which have been awarded Blue Flag status by the Wildlife and Environment Society of South Africa (WESSA).

According to the City, this follows a national audit of beaches submitted for assessment by each municipality.

WESSA used 33 criteria to determine if each beach meets the level of service excellence required for Blue Flag recognition.

The individual criteria allow for an in-depth analysis of a variety of areas of competence, which include universal access for the disabled, elderly and mothers with young children, control of domestic animals such as dogs on beaches, and availability of interpretive signage and effective waste management.

Mayor Dan Plato said the City is pleased to once again receive this recognition. “Being able to retain the status of all 10 Blue Flag beaches can be attributed to the work of our environmental staff, who have ensured the quality and cleanliness of these beaches have been consistently maintained. These spaces are especially important as we head into the summer months, enabling residents to enjoy nature and the ocean while being able to safely social distance in line with Covid-19 regulations.”

Mayoral committee member for community services and health, Zahid Badroodien, said beaches are popular places to spend time with family and friends in the outdoors and to enjoy the summer weather. After months of restricted movement, it is expected that more people will flock to the City’s beaches this summer.

“The Western Cape Premier has also announced the resurgence of Covid-19 in the Cape Town metropole which will impact on the summer season. I urge all residents to adhere to the safety regulations when they are at our beaches and pools. We are also extremely proud that 10 of the City’s beaches once again ticked all the boxes and will be flying the flag of excellence,” he said.

The City said an old asbestos roof was replaced at Camps Bay as part of getting the beaches ready for the holiday season.

Camps Bay, Muizenberg and Strandfontein will have an extended season until March 31. The Blue Flag applicable times at all of these beaches is from 10am to 6pm daily.

At a Camps Bay Clifton and Ratepayers’ Association (CBCRA) meeting on Monday last week, chairman, Chris Willemse, said they continue to oppose the City regarding the millions of litres of raw sewerage that it pumps into the bay at Camps Bay on a daily basis. As reported previously, he said, the City continues to deny any damage to the environment and is satisfied that the system of dumping pollutants into the sea is sustainable despite the contrary opinion and established facts by all academics in this field. 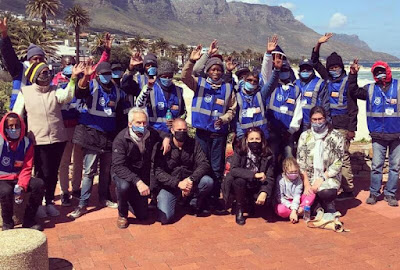 The Community who Cares

A community-based organisation is helping to change the lives of those who live on the streets of Camps Bay.

The Community who Cares (CWC) was started in 2018, by Alan Marsh, the chairman of the Camps Bay Community Police Forum (CPF), and is a collaboration between the Camps Bay and Clifton Ratepayers’ Association (CBCRA), the Business Forum, SAPS, Camps Bay CSI (CBCSI), Ward 54 councillor Nicola Jowell, and NGOs such as Homestead and StreetSmart.

At the recent annual general meeting of the CBCRA, resident Theresa Massaglia said donations totalling R400 000 had been received, covering the costs of masks, sanitiser, and to support feeding schemes during the lockdown.

“Transformation of homeless persons is the key, rather than community handouts of money or food,” she said.

She said over the years, they had realised that one could never just give up on someone, even when at times they may give up on themself.

“We can simply never give up the plight of helping others get off the dreadful streets. It is dangerous in the way it pulls one in and tries to keep you there. Feeding these habits are even worse and prolong the urgency for change,” she said.

Members are invited to pay for two or three years in advance, if they so wish.
First National Bank
Branch code: 201709
Account No: 62062797934
Enquiries to: campsbayratepayers@gmail.com
No comments: