Please note that on Wednesday 22 July, restaurants will be blocking the roads outside their premises by dragging all tables and chairs into the street. The protest is expected to last two hours, from 12:00 to 14:00.
Victoria Road will be closed during this time.

Restaurants, take-aways and coffee shops will take to the streets to protest against lockdown rules.
They'll be dragging tables and chairs into the street in a peaceful protest set for Wednesday, 22 July.

It follows massive job losses suffered by the industry due to the impact of lockdown rules and the alcohol ban.
Restaurants, take-aways and coffee shops across the country will take to the streets next week to draw attention to the devastating effects of lockdown regulations on the industry.

In a letter sent by the Restaurant Association of South Africa (Rasa) to the South African Police Service informing them of the protest reads: “Due to the continual disregard for the restaurant industry, [Rasa] and various other restaurants, take away shops and coffee shops will be embarking on a nationwide peaceful demonstration.”
“Each restaurant owner will move tables and chairs from their empty restaurants into the street in front of their establishment in protest of the current regulations and to highlight the plight of the industry.”

Rasa is calling it the “Million Seats on the Streets” protest and is also planning to form a human chain from parliament in Cape Town on 24 July.
South Africa’s restaurant sector is on its knees as the coronavirus crisis and stringent lockdown measures threaten the livelihoods of the 800,000 people employed in the industry.

See also: Heartbreaking photos reveal the jobs massacre at SA's top restaurants
Restaurants are desperate to focus attention on their plight. Rasa says it may sue government on behalf of its members for damages suffered by lockdown regulations, including a rebate on liquor licences.
Despite sit-down meals being allowed in restaurants after a months-long ban, alcohol sales with meals are still out of bounds, starving many restaurants of much-needed income.

The reintroduction of the curfew from 21:00 to 04:00 will also knock income. According to industry representatives, restaurants do the majority of their business after 17:00. If restaurant staff need to be in their homes by 21:00, that means they need time to travel, and to clean and close the restaurant. This effectively cuts restaurants to only two hours of trade, between 17:00 and 19:00.
Restaurants also say they have been let down by insurers like Santam and Guardrisk, who are refusing to pay out business interruption claims.
The desperate situation has led to mass job losses across the industry, and the closure of many prominent restaurants, including The Kitchen in Cape Town, where former US first lady Michelle Obama famously had lunch in 2013.
(Compiled by Edward-John Bottomley)
https://www.businessinsider.co.za/restaurants-will-be-blocking-roads-next-week-to-protest-lockdown-2020-7
No comments: 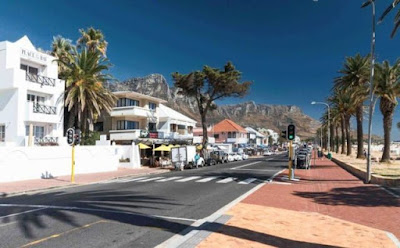 Camps Bay residents are urged to contribute to a fund started to fight hotel upgrades on the beachfront.

The Camps Bay and Clifton Residents’ and Ratepayers’ Association (CBCRRA) plans to contest the City’s Municipal Planning Tribunal’s decision to approve an application for rezoning, consolidation, departures and deletion of title deed restrictions for two adjacent properties at 4 The Fairway.

The property currently houses a hotel and the developer, through town planner, Tommy Brummer Town Planners, has proposed the construction of a five-storey development consisting of 101 bedrooms, a restaurant and 58 parking bays.

The applicant said the development would enhance the area along Victoria Road, and as Camps Bay was known as a tourism asset, the luxury hotel would support the tourist economy.

Developers also believe the proposed restaurant would activate “current dead façades” along street boundaries and that property values would be enhanced.

Camps Bay residents objected to the proposal, claiming that it would have a major impact on the surrounding properties, and the CBCRRA argued that the application was of such an “arbitrary nature” that there could be no coherent basis for it in law or City policy.

They also feel the the area will not cope with the amount of traffic that such a development would generate. “It will, no doubt, be argued that most guests to hotels use e-hailing services and that therefore there is little actual on-site parking required. This is an anecdotal argument, not backed up by any meaningful research,” the association said.

In a statement released last week, CBCRRA chairman Chris Willemse, said the next step in the process would be to appeal the MPT decision with the executive mayor’s Planning Appeals Advisory Panel (PAAP).

“Now the serious side of this matter starts, if the community is up to it. The CBCRRA would suggest that we start a fund to contest the matter – given that there were over 90 objections to the application and the fact that it will be a monstrosity on the beachfront,” he said.

Mr Willemse added that it would be in their best interest to retain the services of an attorney to represent them on the matter. “Initially, the fund would only have to cover his costs, so maybe a contribution of R1 000 each to the fun,” he said.

Herewith the link to the appeal in this matter:
CBCRA Appeal to Mayor of Cape Town
Please see correspondence below from Chris Willemse, the Chair of the CBCRA, on the proposed development of a 101 room hotel on the beachfront. Should you feel inclined to support the call to action plan, please contact Chris directly on campsbayratepayers@gmail.com.
Please find various docs and correspondence regarding the Beachfront Hotel:
(The full City Planner's report is at the bottom of this post).
CBCRA presentation to the Municipal Planning Tribunal (MPT)
The MPT decision was to be expected, as it approves virtually all applications regardless of how inappropriate and ghastly they may be.
The City's Decision Letter Erf 2542 & 258
The MPT Decision noted in the Minutes Erf 2542 & 258

However, now the serious side of this matter starts, if the community is up to it.

The next step in the process is to appeal the MPT decision to the Executive Mayor’s Planning Appeals Advisory Panel (PAAP).

The CBCRA would suggest that we start a fund to contest the matter - given that there were over 70 objections to the application and the fact that it will be a monstrosity on the beachfront.

It would be preferable to retain an attorney to do this and the CBCRA recommends Leon van Rensburg, who has successfully represented the community in a host of other matters.

Initially, the fund would only have to cover his costs - so maybe a contribution of R1000 each to the fund.

There is only a period of 21 days to appeal, so please advise as a matter of urgency if you wish to proceed as suggested.

Please also forward this mail to other affected parties.

Further, please advise urgently if you received an official copy of this Decision Letter from the City - either by registered mail or e-mail (if you agreed to such service).

Failure on the part of the City to advise you of the decision would help tremendously in opposing this matter.

The information below is from the website of the applicant's town planner: 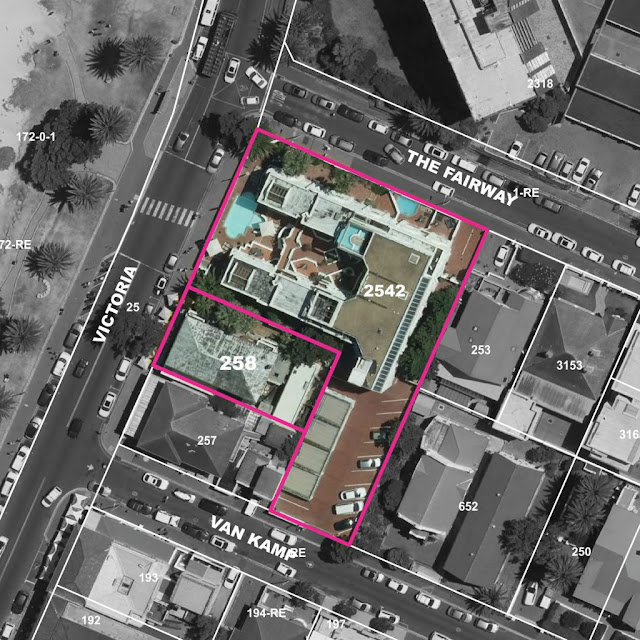 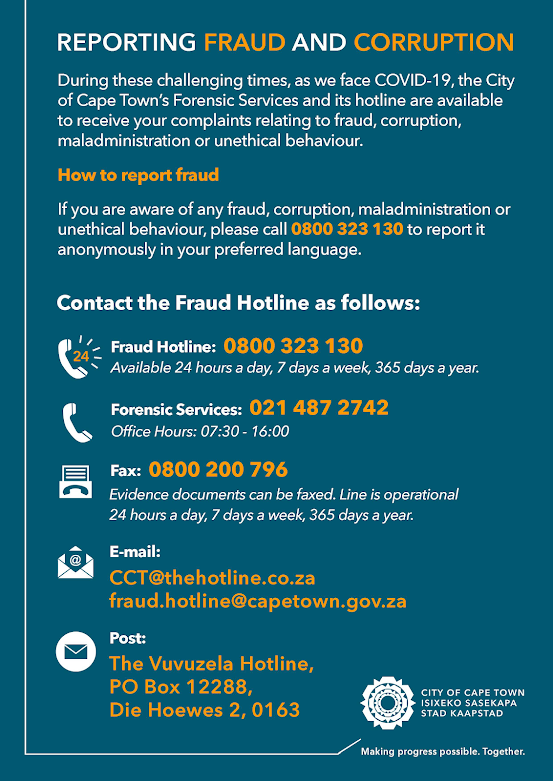 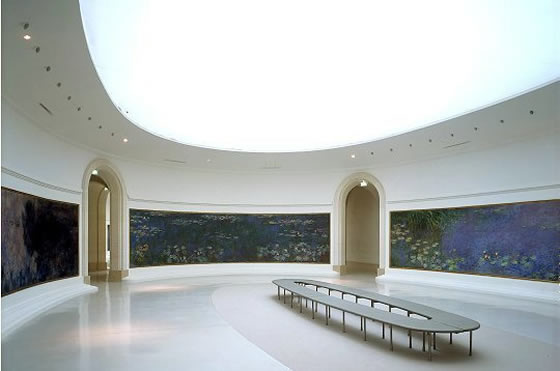 The oval rooms housing “Les Nymphéas” (The Water Lilies) by Claude Monet.
Image courtesy of https://worldtoptop.com/
Due to the Covid-19 pandemic which has affected the whole world, countries have introduced travel restrictions in a bid to minimise the spread of the virus.
In South Africa, international travel is not allowed as the country prepares for the peak of the corona virus. Only business travel is allowed.
Thanks to technology, there are ways to ensure that wanderlust travellers still get a bit of their favourite destinations.
In a bid to bring the French spirit to South African travellers, several museums are offering virtual tours.
The Louvre has introduced a virtual tour, travellers are able to explore the many corridors and take in some of the most important pieces in history which sit proudly on display in the museum. Pieces like the Mona Lisa, Nike, Venus de Milo and more are available to view with a click of a button. Visit the Louvre virtually here.
The Fine Arts Museum Of Lyon, which holds some of the most significant fine art pieces in the country France,  has also gone virtual. You can visit the Fine Arts Museum Of Lyon virtually here.
Musée d’Orsay is housed in what used to be an old railway station and a hotel before it was turned into the remarkable world-famous museum that it is today. The museum houses French furniture, paintings, photographs, and sculptures from artists like Renoir, Monet, Degas, Manet, and van Gogh. You can visit it virtually here.
The Lascaux Caves, which is situated near the village of Montignac, is home to some of the earliest cave paintings in the world. The cave contains nearly 6,000 figures which can be grouped into three main categories: animals, human figures and abstract signs, and gives us a glimpse of what human life was like roughly 20,000 years ago. Visit The Lascaux Caves virtually here.
Musée l’Orangerie, also invites travellers to take part in a virtual walk in the two oval rooms of the artist’s world-famous Water Lilies series which was designed between 1915 and 1926 in Giverny. You can visit Musée l’Orangerie virtually here.
Article posted by The Atlantic Sun on 30 June 2020.
https://www.atlanticsun.co.za/entertainment/tour-french-museums-from-comfort-of-your-home-50153498
No comments: