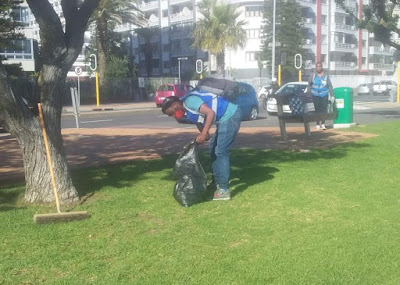 The Homelessness Outreach Prevention and Education (HOPE) programme was started in the midst of the lockdown by the Sea Point Fresnaye Bantry Bay (SFB) ratepayers’ association (“Project Hope makes positive waves on the Atlantic Seaboard”, Atlantic Sun, May 13).

They realised that dealing with the issues encountered by the homeless was a task that needed to be approached constructively, so they enlisted the help of Kevin Alexander, 60, to lead the charge as their field co-ordinator.

“When I had the meeting with the SFB, I had three objectives – to reunite the homeless people with families, reintegrate them into the community and refer them to shelters or safe spaces.

“We have about eight people that have rejoined their families and the community care ambassadors, except for two, are at shelters. So we have made progress in the past few months and at the moment we have 16 ambassadors,” he said. 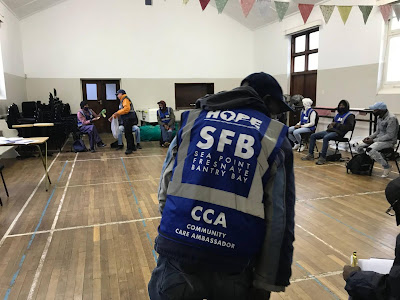 The CCA operates in teams of two across eight beaches from Three Anchor Bay to Saunders Rock, keeping them clean while alternating tasks on the promenade and the streets.

“They are happy to do this, picking up litter; sweeping and they double up as security too. They are quite territorial and proud of what they do. The SFB pays for their shelter fees and give them a monthly stipend. We even started a soccer team and play at Green Point park, we also do life skills projects with them so it’s not just about cleaning the beaches,” said Mr Alexander, a former Haven night shelter manager. 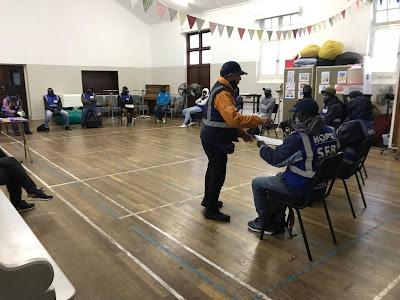 The ambassadors, one of whom is deaf and the other a 43-year-old woman, meet once a week to discuss obstacles with Mr Alexander, who claims that there are issues but nothing they can’t handle.

“I started last month and I’m happy with the job. I’m improving all the time and I improved since I joined, so I’m happy,” said Belinda Booi who is responsible for Three Anchor Bay beach. 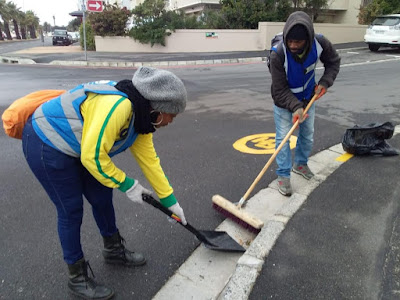 Belinda Booi and a fellow ambassador at work on the streets of Sea Point.

Cornelius Lewis, the first ambassador of Hope when it began in September, says he appreciates the CCA’s responsibilities as he is experienced in this field.

“I’m responsible for Rocklands beach. I’ve been cleaning beaches for six years already and it’s nice for me, I enjoy working with my hands and seeing that the beach is clean,” the 69-year-old said.

“I enjoy doing this, it’s part of my life,” said Mr Felix.

“I am doing this for four years now without payment. People see what I do and they say thank you, here’s some money, but I don’t ask them for money. I enjoy what I do and I’m happy that Hope is assisting us, it’s a great thing.”

Mr Alexander believes that the ambassadors are changing for the better. “This project is a stepping stone for them. We want them to learn, to become self supporting, independent and to restore their dignity and the change is manifesting, the residents can see it and it’s a win-win for everyone.” 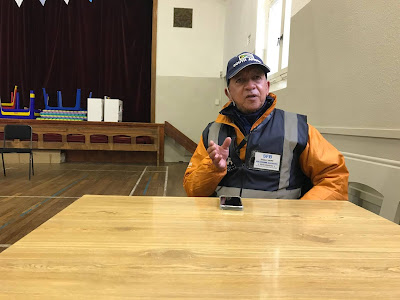 Kevin Alexander, the field co-ordinator for the Hope project.