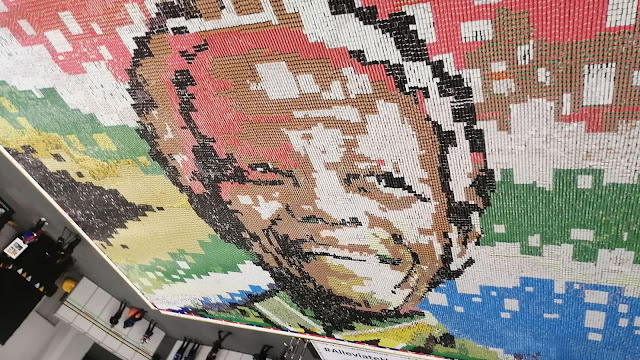 Cape Town CBD- based NGO Ladles of Love broke a world record on Mandela Day yesterday, Monday July 18, by building the largest mosaic of Madiba’s face – created entirely out of cans of food.

At the end of the day, the food cans were packed up and will be given to communities in need in the coming weeks.

This is not Ladles of Love’s first attempt at a world record. The world record for the “longest line of food cans” was smashed by more than double at the V&A Waterfront on August 29 last year with a 6.7km line of 94 560 food cans.

The previous year, the world record for the “most amount of sandwiches made in one hour” was broken by 304 000 home-made sandwiches, compared to the previous record of 115 000.

Apart from the record-breaking event, there were other activities which people could participate in to contribute 67 minutes of goodwill for Mandela Day.

A total of 55 000 sandwiches were made in both cities.